Quick Pops
Top 10 Countries With The Most Freelancers 2023
Top 10 YouTube Competitors and Alternatives 2023 (Updated)
FCFS Scheduling Algorithm (Preemptive) in OS With C++,...
Z Library: The World’s Largest eBook Library Is...
A STEP-BY-STEP Tutorial on How To Apply For...
Top 10 Largest Smartphone Manufacturing Companies 2023 (Updated)
Functions in C++ (With Examples)
The US Authorities Have Banned Z Library, But...
Crypto Mining Proposed as Negative Industry in China...
13 Best Z Library Alternatives in 2023
Home » What is Virtual Reality? Types, Uses, Benefits, and Examples
Technology 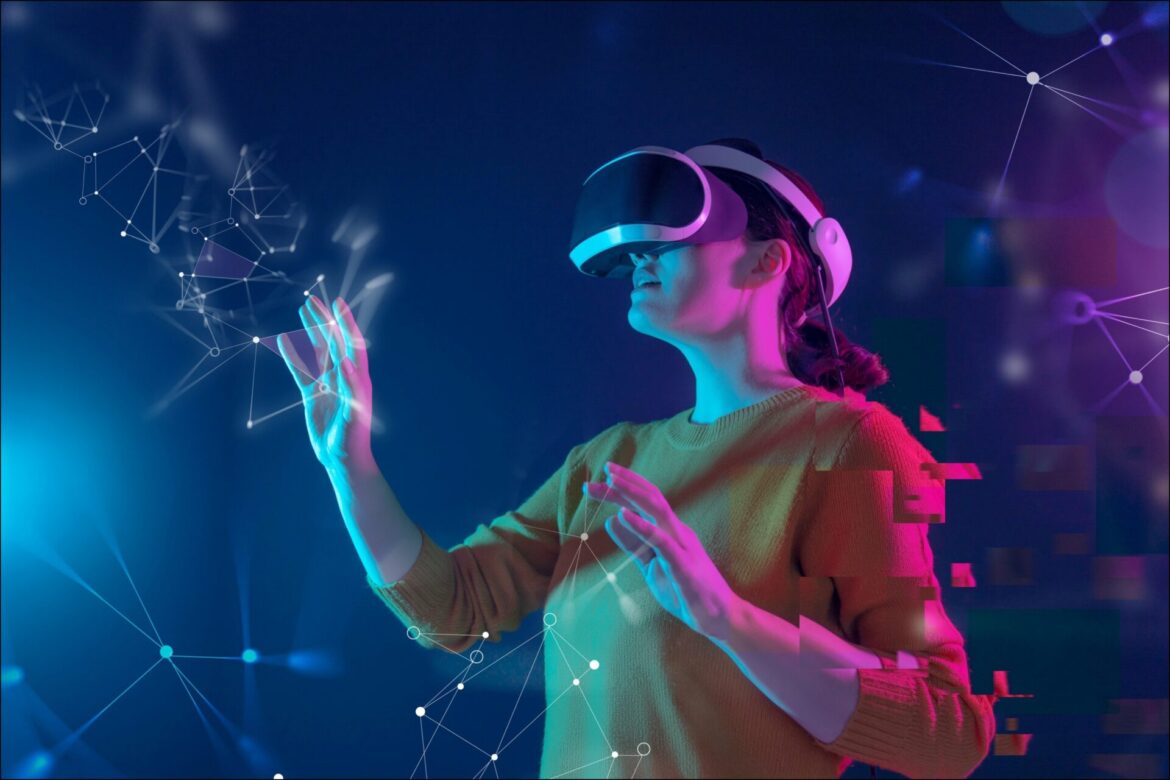 Virtual Reality (VR) has been a hot topic of conversation since the early 1990s when the technology first emerged. It has since gone through a range of evolutions and advances and is now becoming increasingly accessible to the public. From gaming to shopping, VR transforms how we interact with the world, allowing us to explore new places, experience different scenarios, and even enter entirely new realities.

What is Virtual Reality?

VR can be used to create a simulated experience that is entirely different from the real environment. This type of experience is sometimes referred to as an artificial reality or an alternate reality. It is an environment that is not real but is created for a specific purpose, such as gaming, training, or medical applications.

Using VR, users can experience both virtual and real environments. For example, a user can explore a 3D virtual world and also make use of physical objects in the real environment. This type of experience is sometimes referred to as augmented reality (AR).

VR is an emerging technology that is becoming increasingly popular in many different industries. The possibilities are endless for how we can shape and interact with our environment through the innovative use of technology.

How Does The Virtual Reality Work?

VR allows people to explore digital worlds and interact with them through a simulated environment created by a computer. It uses a combination of hardware and software to create a realistic 3D environment that users can explore and interact with using specialized equipment such as headsets, controllers, and motion-tracking devices.

To understand how virtual reality works, it helps to examine the two key components: the hardware and software.

Hardware: The hardware used for virtual reality typically includes a head-mounted display (HMD) that features two small LCD screens to create a stereoscopic 3D image and a set of headphones for sound. The HMD is connected to a computer that powers the virtual environment. The computer also includes an array of sensors that allow users to interact with the environment. Other hardware components may include controllers and motion-tracking systems such as the HTC Vive and the Oculus Rift.

Software: The software is responsible for creating the virtual environment. It typically includes a 3D engine, a physics engine, and a scripting language. It combines 3D models, textures, sounds, and other digital elements to create a realistic environment. The scripting language allows users to interact with the environment by providing commands that control its behavior.

It has been used in various fields, such as gaming, education, therapy, and entertainment. There are several types of virtual reality, each with its unique benefits and drawbacks. These include:

Non-immersive VR is a type of virtual reality that does not provide a fully immersive experience. Instead, it relies on physical objects in the real world to provide context and interactivity. Non-immersive VR typically involves some form of visual display, such as a projection screen or headset, and a controller that can be used to control the experience.

Augmented reality is a technology that can be seen as being related to virtual reality but is seen by many as a distinct field. Augmented reality involves using virtual simulations, which are placed over real-world environments to enhance or augment them.

An example is an application that allows users to point their phones at a room and see how a new piece of furniture might look in the space.

AR enhances the physical world with digital objects, while VR creates a completely new environment for users to interact with.

Virtual reality (VR) is an immersive technology that has the potential to revolutionize a wide range of industries, from entertainment to health care. VR can transport users to a simulated, alternate world where they can interact and explore in ways that are impossible in the physical world.

These are just a few uses of virtual reality. As technology continues to evolve, it will open up new opportunities that can be used to revolutionize the way we experience the world around us.

Overall, the benefits of virtual reality are numerous and varied. VR can be used to improve learning and training, enhance collaboration, increase engagement, and increase safety. These benefits can lead to improved outcomes in various fields and industries.