Recent Updates
What is Cryptocurrency, and How Does It Work?
5 Best SEO Plugins For WordPress 2022
What is Encryption, and How Does It Work?
Telegram Premium Subscription is Now Available, With Added...
What is CGI?
What are WordPress Tags?
What is Ransomware?
7 Best VPN For PC Free (2022)
Top 10 Countries With The Most Freelancers 2022
Telegram is Said To Be Launching a Premium...
Home » History of Computers
ICT 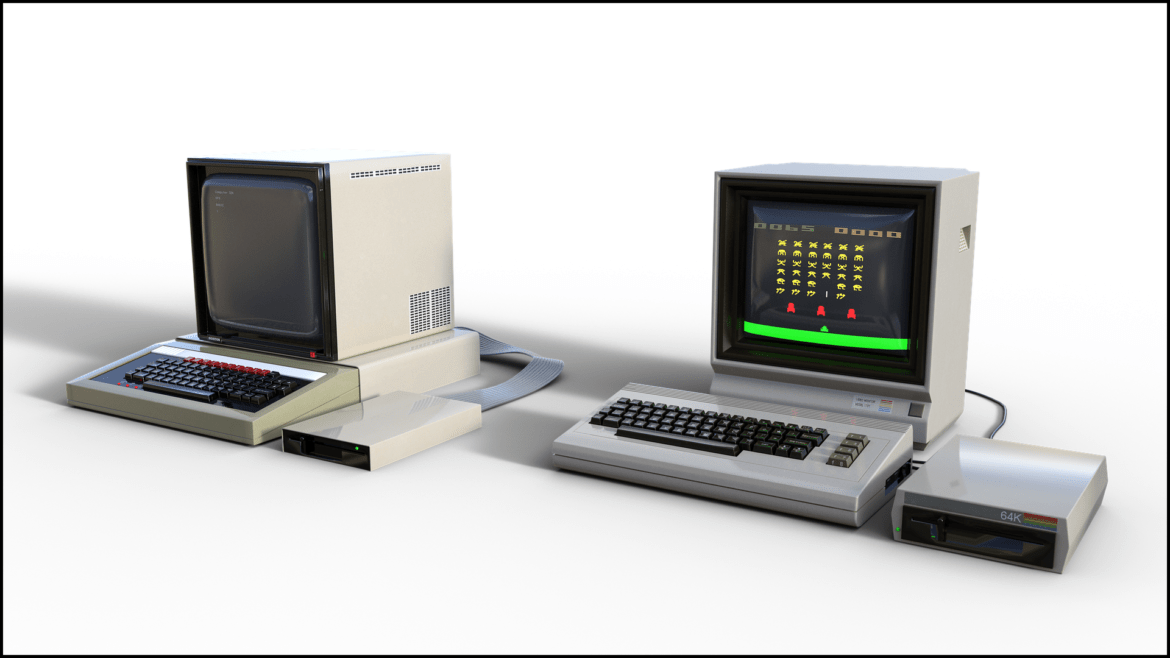 In today’s information era, computers are utilized for many purposes in many walks of life. Computers can be found in a wide range of devices, including fighter jets, toys, and industrial robots. They have made man’s life easier and more comfortable.

Computers have a long history, beginning with basic designs in the early nineteenth century and progressing through the twentieth century to revolutionize the world.

All machines that can perform computations are referred to as “Computing Devices.” These computations might vary from anything as basic as adding two integers to something as sophisticated as operating a large retail mall’s stock control system. Computers are said to be the world’s fastest computational machine.

The primitives were the first to utilize a counting device. Sticks, stones, and bones were used as counting tools. As human intellect and technology progressed, more computer devices were created. The following are some of the most common computer devices, from the earliest to the most modern.

The abacus, which originally appeared in Asia some 5,000 years ago and is still in use today, is said to be the first computer. This system uses a method of sliding beads organized in a rack to allow users to perform calculations. It was a wooden rack with metal rods on which beads were attached.

To conduct arithmetic computations, the abacus operator moved the beads according to specified guidelines. Some countries, such as China, Russia, and Japan, still use an abacus.

It was a manually driven calculating apparatus designed by Merchiston’s John Napier (1550-1617). He used nine separate ivory strips or bones imprinted with numerals to multiply and divide this calculating utensil. As a result, the tool was called “Napier’s Bones.” The decimal point was also used for the first time on this system.

Arithmetic Machine or Adding Machine are other names for Pascaline. Blaise Pascal, a French mathematician, and philosopher invented it between 1642 and 1644. It’s said to be the world’s first mechanical and automated calculator. Pascal created this device in order to assist his father, who is a tax accountant.

It was limited to addition and subtraction. It was a wooden box with gears and wheels inside. When one wheel turns one revolution, the next wheel rotates as well. To read the totals, a series of windows are provided on the top of the wheels.

Charles Babbage, an English professor of mathematics, is considered the father of modern computers. Charles Babbage conceived the Difference Engine in 1822 as a mechanism for solving differential equations.

After working on the Difference Engine for ten years, Babbage was immediately inspired to begin work on the first general-purpose computer, which he termed the Analytical Engine.

Analytical Engine was a mechanical computer that used punch cards as input.  It has the ability to solve any mathematical problem and store data in permanent memory.

Herman Hollerith, an American statistician, developed it in 1890. It was a punch-card-based mechanical tabulator. It could compile statistics and store or organize data or information. This machine was used in the United States Census of 1890. In 1924, Hollerith founded Hollerith’s Tabulating Machine Company, which ultimately became International Business Machine (IBM).

In 1930, it was the first electrical computer to be released in the United States. Vannevar Bush created it as an analog device. Vacuum tubes are used in this machine to switch electrical impulses and do calculations. In a few minutes, it could do 25 calculations.

Except for a young girl of unique background and education, the distinction between calculator and computer was not evident to most people in the early nineteenth century, even to intellectually adventurous attendees at Babbage’s soirees.

Augusta Ada King, Countess of Lovelace, was the daughter of Lord Byron and Anne Milbanke, a mathematically oriented woman. Augustus De Morgan, a distinguished mathematician, and logician was one of her instructors.

Lady Lovelace helped achieve this goal by attending Babbage’s parties and enthralling his Difference Engine. She also wrote to him and asked him pointed questions. However, his proposal for the Analytical Engine piqued her interest.

She had mastered it well enough by 1843, when she was 27 years old, to write the final paper describing the device and illustrating the fundamental contrast between it and existing calculators. She claimed that the Analytical Engine went beyond arithmetic. It made “a link…between the activities of matter and the abstract mental processes of the most abstract part of mathematical research” since it worked with generic symbols rather than numbers. It was a physical device with the ability to function in the domain of abstract thinking.

The improvements or advancements in computer technology are referred to as “computer generation.” The circuitry has become smaller and more sophisticated with each successive generation than before. As a result, computer performance, speed, power, and memory have all improved. The whole history of computers can be broken down into five generations.

In 1951, the United States Census Bureau obtained the first commercial computer, the UNIVAC.

In the second generation of computers, transistors replaced vacuum tubes. A transistor is a device made of semiconductor material. It was developed at Bell Labs in 1947.

The transistor was quicker, more reliable, smaller, and less expensive to manufacture than a vacuum tube. About 40 vacuum tubes were replaced by a single transistor. Second-generation computers switched from machine to assembly languages, allowing programmers to define instructions in words.

The IC has a large number of transistors packed onto a single piece of water silicon. The introduction of integrated circuits dramatically decreased the size and cost of computers while also increasing their power.

Computers of the third generation could execute instructions in billionths of a second.

Integrated circuits and the creation of the microprocessor are also hallmarks of the Fourth Generation (a single chip that could do all the processing of a full-scale computer). Computers can shift calculations and achieve quicker speeds by placing millions of transistors on a single chip.

It led to the invention of personal computers or microcomputers.

The Fifth Generation: Present and Beyond

Computers can be classified into three categories based on their functionality.

They continually take data and produce results at the same time. Analog computers are extremely fast. They can provide outcomes in a concise amount of time. However, their results are approximately accurate.

With the use of digital or numbers, a digital computer depicts physical quantities. Discrete numbers are used in digital computers. Depending on the input they get from the user, these numbers are used to execute arithmetic calculations as well as make Logical judgments to reach a conclusion. Digital computers are multipurpose computers that can address a wide range of issues. These can be applied to nearly every aspect of life, including science and research, education, health, engineering, business, banking, markets, space, and airplanes.

They have high processing capabilities, enormous memory, and storage to handle and preserve data and information. Digital computers are available in a variety of designs and sizes.

They can be divided into four categories based on their size, speed, memory, and peripheral capability.

The term “hybrid computer” refers to a computer that combines digital and analog technology. The hybrid system combines the precision of analog computers with the greater control of digital computers and the capacity to take data in either form.

A typical hybrid computer takes analog signals, transforms them into digital, and processes them as digital-analog signals. Digital to analog and analog to digital converters are used to achieve this integration.

Hybrid machines are most commonly utilized in scientific applications, industrial process control, and robotics. They are also used in hospitals to monitor a patient’s heart rate, pulse rate, respiration, and brain activity, among other things.

In this section, you’ll go through the timeline of the computer’s history, its milestones, and achievements.

Some Interesting Facts About Old Computers;

Wait! Before concluding the article, let me share some cool facts about computers.

Huh!!! It was a really long history, right? Pat yourself on your back if you’ve reached the end of this article. I hope you’ve now some knowledge of the history of computers.

Please let us know in the comment section below if you think we’ve missed something. Also, you can suggest some edits to improve the article for the users.

Please share it with your friends and colleagues to appreciate our work.