Quick Pops
Top 10 Countries With The Most Freelancers 2023
Top 10 YouTube Competitors and Alternatives 2023 (Updated)
FCFS Scheduling Algorithm (Preemptive) in OS With C++,...
Z Library: The World’s Largest eBook Library Is...
A STEP-BY-STEP Tutorial on How To Apply For...
Top 10 Largest Smartphone Manufacturing Companies 2023 (Updated)
Functions in C++ (With Examples)
The US Authorities Have Banned Z Library, But...
Crypto Mining Proposed as Negative Industry in China...
13 Best Z Library Alternatives in 2023
Home » What is BIOS in Computer?
ICT

What is BIOS in Computer?5 min read 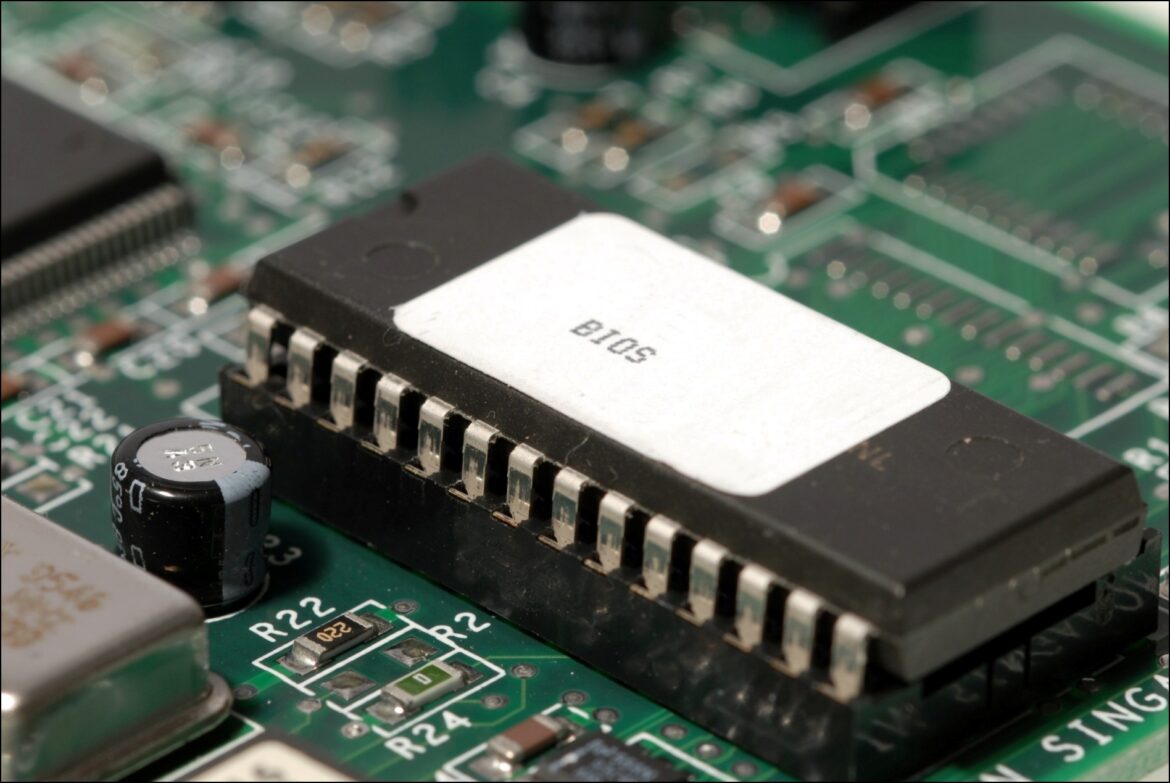 The BIOS is a critical component of any computer system. It acts as a bridge between the hardware and software, providing basic instructions to the computer’s processor and allowing the operating system to take control. BIOS is responsible for starting up the computer, controlling the hardware components, and providing an interface for installing and configuring software.

In this article, we will discuss the fundamentals of BIOS, its role in the computer system, and its importance for a successful and reliable computing experience.

BIOS stands for Basic Input/Output System. It is a type of ROM Chip embedded in computer motherboards responsible for booting up the computer, initializing the hardware, and managing system resources. The BIOS is the first program that is run when the computer starts up, and it is stored in a chip on the motherboard.

The BIOS is responsible for performing several important tasks. It checks the system hardware to ensure it is functioning properly, loads the operating system from the hard disk, and configures the various devices in the computer. It also stores basic system settings such as the time, date, and boot order.

For example, when a computer is turned on, the BIOS will perform a power-on self-test (POST), which checks the system hardware to ensure it is functioning properly. It will then look for a boot device, such as a hard drive or CD-ROM, and load the operating system. Finally, once the operating system is loaded, the BIOS will configure the various devices, such as the keyboard, mouse, and monitor.

Main Functions Of BIOS in Computer

BIOS is responsible for providing the necessary information to the operating system to enable the computer to start up. This involves recognizing and configuring hardware, testing it and connecting it to the OS. This entire process is known as the boot process.

Accessing your system BIOS is a simple process, but the exact method will vary depending on the type of computer you are using.

Can a BIOS Chip Be Upgraded Or Updated?

Yes, a BIOS chip can be upgraded or updated. The BIOS chip is a computer chip that stores basic system information and settings required for the computer’s hardware and software to run. It is usually located on the motherboard and can be updated by downloading the latest version from the computer’s manufacturer’s website.

In some cases, the BIOS chip may need to be physically replaced. This is often done if the BIOS chip becomes corrupted or if the motherboard requires a more advanced version of the BIOS. In this case, the old BIOS chip must be removed and a new one installed. This should only be done by a qualified technician, as incorrect installation of the BIOS chip can cause serious damage to the computer.

These companies are the leading providers of BIOS firmware for computers, from consumer PCs to enterprise servers. These BIOS manufacturers are also members of the UEFI Forum, which has worked together to develop the Unified Extensible Firmware Interface (UEFI) standard. This new standard helps to improve the security and reliability of the pre-boot and runtime firmware.

In 1975, Gary Kildall coined the term BIOS (Basic Input/Output System), and it was implemented in IBM’s first personal computer in 1981. Over the years, BIOS became a widespread part of computer systems, but eventually, its popularity began to decline as a new technology, Unified Extensible Firmware Interface (UEFI), began to take its place. In 2017, Intel announced plans to phase out support for legacy BIOS systems by 2020 in favor of the more modern UEFI.

What is an Algorithm?