What is ROM? Types of ROM Explained2 min read 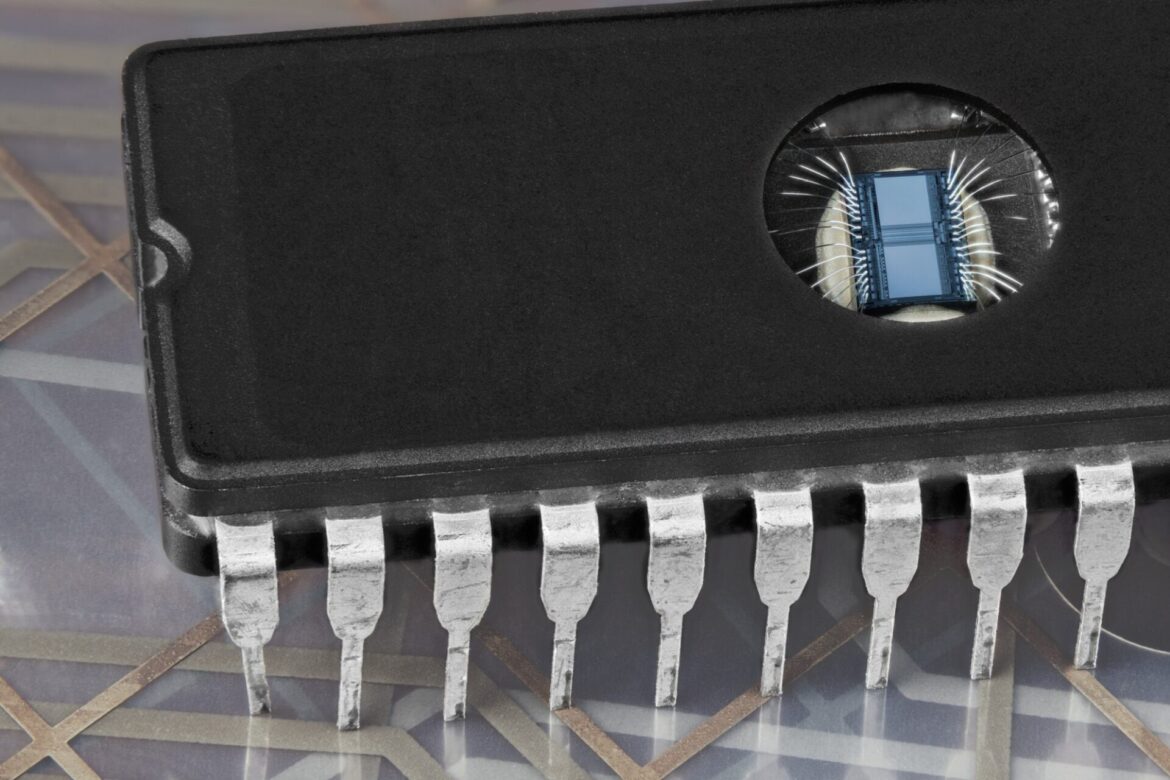 The data stored in ROM (Read-only memory), non-volatile memory, is not lost even if the power goes off.

It is used for the long-term storage of data. Additionally, it also has random access capabilities.

Users or programmers cannot write information into a ROM.

It can only read words that have been permanently stored inside the unit.

In other words, manufacturers choose the ROMs’ contents.

At the time of ROM manufacturing, the manufacturer stores the instructions in the ROM.

After then, the ROM’s content cannot be changed, meaning it cannot subsequently be programmed, rewritten, or erased.

However, there are some ROM kinds where the data may be changed.

Special internal electronic fuses in the ROM can be programmed for a particular interconnection pattern (information).

The designer specifies the binary data that will be stored on the chip, which will subsequently be embedded into the unit during manufacturing to create the necessary interconnection pattern (information).

Once the pattern (information) is set up, the unit retains it even if the power is turned off.

Programming the ROM is the act of adding information to a RAM in the form of bits as bits are stored in the hardware configuration of the device.

The cartridge used in video game consoles, which enables the machine to run several games, is a simple example of ROM.

Another example of ROM is the data that is permanently saved on personal computers and other electronic devices like cellphones, tablets, TVs, and air conditioners.

For instance, the screen does not immediately display when you turn on your computer.

It takes some time to load since the starting instructions needed to turn on the machine during booting are stored in ROM.

Starting the computer is the task of the booting process. It loads the operating system into the computer’s installed main memory (RAM).

The computer’s CPU uses the BIOS program, which is also present in the computer memory (ROM), to start the computer when it starts up.

It links the computer to the operating system and enables you to access the machine.

Firmware, a software application permanently installed on hardware such as a keyboard, hard drive, video cards, etc., is also stored in ROM.

It is kept in a physical device’s flash ROM. It gives the device instructions on how to connect to and work with other devices.

Here is a list of the various ROM types, from the most basic to the most versatile.

This type of ROM can only be programmed once and cannot be altered again.

When a PROM is manufactured, it is blank. After that, it is once only programmed by “blowing” its fuses. This process is irreversible.

A bit position cannot be restored after it has been blown. It receives the data using a PROM program.

EPROM is an Erasable Programmable Read Only Memory (PROM).

You can write and rewrite ROM chips that are erasable several times.

By exposing the EPROM to Ultra Violet (UV) light for around 20 minutes, the data stored within can be erased.

To reopen the EPROM’s circuitry, this light completely burns off all of the minor charges inside.

The whole data gets deleted when it is exposed to UV light.

A chip on the board that can be erased and reprogrammed is called an EEPROM (Electrically Erasable Programmable Read Only Memory).

It is quickly erasable in a few milliseconds.

The EEPROM can only be reprogrammed to a specific limit, often 10,000 times.

Flash drives are a particular kind of EEPROM.

Decision-Making Statements In C++ (if, if-else, nested if statement, and more)