Quick Pops
Top 10 Countries With The Most Freelancers 2023
Top 10 YouTube Competitors and Alternatives 2023 (Updated)
FCFS Scheduling Algorithm (Preemptive) in OS With C++,...
Z Library: The World’s Largest eBook Library Is...
A STEP-BY-STEP Tutorial on How To Apply For...
Top 10 Largest Smartphone Manufacturing Companies 2023 (Updated)
Functions in C++ (With Examples)
The US Authorities Have Banned Z Library, But...
Crypto Mining Proposed as Negative Industry in China...
13 Best Z Library Alternatives in 2023
Home » What is Natural Language Processing (NLP)?
Blog 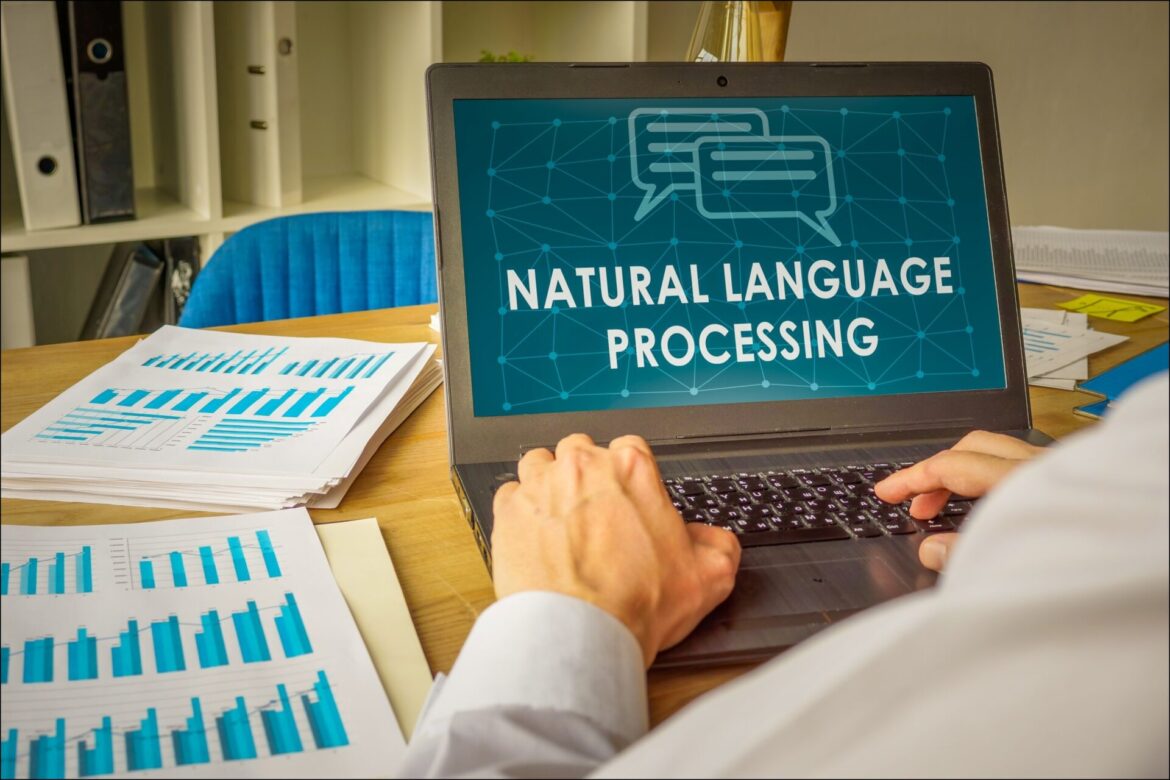 Natural Language Processing (NLP) has grown tremendously over the past few decades as technology has advanced. From the early days of word processors to the present day’s sophisticated machine learning algorithms, NLP has become increasingly capable of understanding and interacting with human language.

In this article, we will explore the current state of NLP, looking at recent advances, applications, and potential challenges that lay ahead.

What is Natural Language Processing?

Natural Language Processing (NLP) is a field of computer science, artificial intelligence, and linguistics that focuses on the interaction between computers and humans using natural language. NLP enables computers to understand, interpret, and manipulate human language in order to perform tasks like sentiment analysis, text classification, and machine translation.

NLP can be used to extract important information from text, such as identifying entities, relationships, and topics. For example, an NLP application can be used to classify emails automatically into their respective categories, such as “spam” or “not spam.” Another example is using NLP to identify the sentiment of a sentence, such as whether it is positive, negative, or neutral.

NLP can also be used for natural language generation, which is the ability of computers to generate human-like language. This can be used to generate text summaries, dialogue in chatbots, or articles and reports.

NLP is an important technology due to the explosion of data available in written form. It helps to make sense of this data and extract valuable insights.

How Does The Natural Language Processing Work?

Natural language processing (NLP) allows computers to comprehend natural language as humans do. NLP uses artificial intelligence to process real-world inputs and make sense of them in a way a computer can understand. Computers have programs to read and microphones to capture audio, just like humans have ears to hear and eyes to see. The input is converted to a computer-readable code when it goes through the processing procedure. This is similar to the way a human brain processes input.

Data preprocessing is an important step in natural language processing (NLP). It involves cleaning, transforming, and preparing the raw data for further analysis. This includes tasks such as tokenization, stop word removal, stemming, lemmatization, part-of-speech tagging (POS tagging), and vectorization. Data preprocessing is necessary to make the data more meaningful and easier to process for algorithms. It also helps reduce the amount of noise and error present in the data. This makes it easier for machine learning algorithms to produce better results.

Algorithm development is the second phase of natural language processing. It involves the development of algorithms that can process and analyze the data preprocessed in the first phase. Algorithms are designed to identify patterns and relationships in the data, extract meaningful information, and convert the data into a form that can be used by other applications. Algorithms can use a variety of techniques, including machine learning, deep learning,  and statistical methods, to process the data. Algorithms can also be used to generate insights and knowledge from the data. The development of algorithms is an iterative process, with algorithms being tested and improved over time in order to achieve the desired results.

How Important is The Natural Language Processing?

Companies nowadays are faced with an immense amount of unstructured, text-heavy data and need a way to process it quickly. This data is usually created in natural human language, meaning it is difficult to understand and analyze. Natural language processing is a tool that helps businesses to make sense of this data and get valuable insights from it.

The usefulness of natural language processing can be seen when comparing two different sentences. For instance, “Having cyber security protection in place is an essential factor of any cloud computing contract” and “Cloud security should always be a top priority when signing a service-level agreement.” If a user employs natural language processing for search, the program will recognize that cloud computing is a topic, that cyber security is related to cloud computing and that SLA is an industry abbreviation for service-level agreement.

In the past, machine learning algorithms had difficulty understanding the less-defined elements of human language. However, thanks to advances in deep learning and machine learning technology, these algorithms are now able to interpret vague elements with greater accuracy and precision. This has enabled algorithms to analyze a wider range of data and explore more in-depth connections.

Some syntax techniques are:

– “Thisisacomplicatedsentence” can be segmented into “This”, “is”, “a”, “complicated”, “sentence”.

Semantic analysis is a technique that involves the use of language-based models to identify and extract meaningful information from natural language text. It is used to determine the meaning of words, phrases, and sentences, as well as the relationship between them. It is used to identify the topics discussed in a text, the author’s sentiment, and the document’s overall context. It can also be used to make predictions about the text, such as what it is about or what the writer is trying to convey.

Some semantic techniques are:

Deep learning is a sort of AI that studies and uses data patterns to improve a program’s understanding, and it is the foundation of current natural language processing methods. One of the biggest challenges for natural language processing is compiling the type of big data set that deep learning models need in order to train on and find relevant correlations in the vast volumes of labeled data they require.

Previous attempts at natural language processing relied on a more structured technique, where simplified artificial intelligence programs were instructed in what words and expressions to look for and how to respond once those terms were detected. However, deep learning takes a more adaptive, instinctive approach, where algorithms can be trained to recognize what a speaker is trying to communicate using a range of examples, similar to how a child would learn a language.

What is Natural Language Processing Used For?

The following are some of the primary tasks carried out by natural language processing algorithms:

The following real-world applications make use of the aforementioned NLP Tasks:

1. Machine Translation: Natural language processing is used to translate text from one language to another.

8. Text Classification: Natural language processing is used to identify the category or type of text documents.

NLP is a complex research field, and many challenges are associated with it. The most common challenges of NLP include the following:

1. Ambiguity: Natural language is often ambiguous and context-dependent, making it difficult to process. For example, the same word can have multiple meanings depending on the context in which it is used. Additionally, words can have multiple spellings, and homonyms (words that sound the same but have different meanings) can cause confusion.

2. Language Variation: Natural language varies greatly in terms of grammar, syntax, and even vocabulary. Different languages also have different rules and conventions, making it difficult to build a system that can accurately interpret and generate natural language in multiple languages.

3. Knowledge Representation: Representing knowledge in a way understandable to machines is difficult. To accurately interpret and generate natural language, a system must understand the meaning behind words and the context in which they are used.

4. Computational Complexity: Natural language processing algorithms are highly complex and require vast amounts of computing power. This can make it difficult for machines to quickly and accurately process natural language.

This technology has many advantages that make it a powerful tool for businesses. Some of them are as follows:

1. Improved Human-Computer Interaction: Natural language processing (NLP) enables computers to understand and process human language, allowing for more natural interaction between computers and their users. This improved interaction can make it easier for users to interact with technology and may even make it possible for users to access information and services that would otherwise be difficult or impossible to access.

2. Improved Decision-Making: NLP can process large amounts of data and identify patterns and trends that may not be easily recognizable to a human. This can be used to inform decision-making, allowing for more informed and effective decisions.

3. Improved Automation: NLP can be used to automate aspects of a task, such as analyzing sentiment in customer feedback or categorizing emails. This can help reduce the amount of time and effort required to complete a task, improving efficiency and freeing up resources to focus on other tasks.

In the 1960s, researchers began to look at ways to use computers to solve language-related problems. This was the beginning of NLP. The first real attempt at creating a computer program to understand the natural language was ELIZA, which was developed by Joseph Weizenbaum in 1966. ELIZA was a simple program that used pattern matching to produce responses to questions. ELIZA was limited in its capabilities, but it served as a proof of concept that computers could be used to understand and generate natural language.

Since then, NLP has become more sophisticated, with advances in machine learning and artificial intelligence. In the late 1990s, statistical models such as Hidden Markov Models and Maximum Entropy Models became popular. These models were used to improve the accuracy of NLP systems. In the 2000s, with the emergence of deep learning, NLP systems became even more accurate and capable of handling more complex tasks.