Quick Pops
Top 10 Countries With The Most Freelancers 2023
Top 10 YouTube Competitors and Alternatives 2023 (Updated)
Z Library: The World’s Largest eBook Library Is...
A STEP-BY-STEP Tutorial on How To Apply For...
FCFS Scheduling Algorithm (Preemptive) in OS With C++,...
The US Authorities Have Banned Z Library, But...
Top 10 Largest Smartphone Manufacturing Companies 2023 (Updated)
13 Best Z Library Alternatives in 2023
Crypto Mining Proposed as Negative Industry in China...
Statements, Statement Terminator, and Comments In C++
Home » What is CGI?
Blog

What is CGI?5 min read 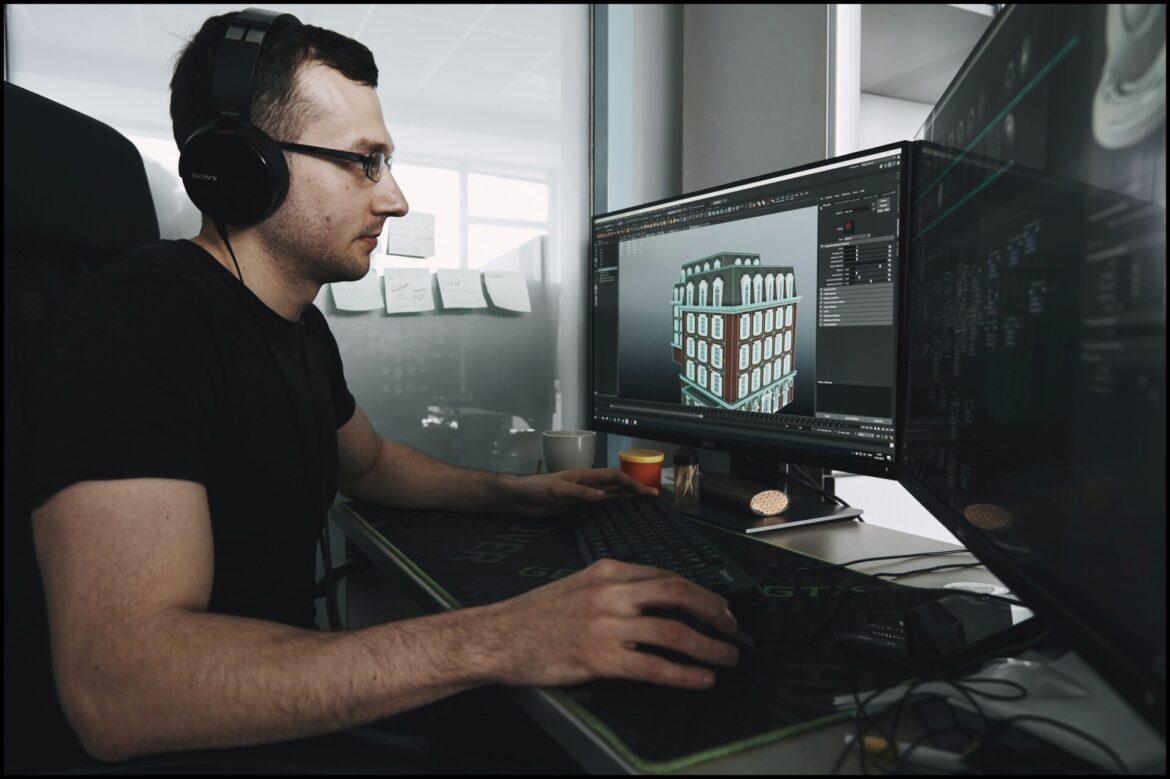 CGI generally refers to the 3-D computer graphics used for generating characters, scenes and special effects in film and television.

The visual can be dynamic or static and can be two-dimensional (2-D).

CGI is used to create artificial environments that don’t exist in real life.

Movies like Avatar and Jurassic Park are the best example of computer-generated imagery.

The film “Vertigo” directed by Alfred Hitchcock in 1958, is considered the first film to use computer-generated imagery.

Mechanical computers were used to create patterns on animation cells, which were included in a feature film in the 1950s when computer-generated imagery (CGI) first appeared on the scene.

With some 2-D trickery, Alfred Hitchcock may have gotten his start in the film industry.

The general public was not introduced to three-dimensional computer graphics till 1972 when Edwin Catmull and Fred Parke released a short film titled “A Computer Animated Hand.”

This process was accomplished by using 350 triangles and polygons painted in ink on Edwin’s hand, which were then scanned, digitized, and carefully animated in a 3-D animation tool created by Catmull.

Alfred Hitchcock’s Vertigo (1958) was the first film that used CGI. With some 2-D trickery, Alfred Hitchcock may have gotten his start in the film industry.

The general public was not introduced to three-dimensional computer graphics till 1972 when Edwin Catmull and Fred Parke released a short film titled “A Computer Animated Hand.”

This process was accomplished by using 350 triangles and polygons painted in ink on Edwin’s hand, which were then scanned, digitized, and carefully animated in a 3-D animation tool created by Catmull.

Westworld was the first feature film to make use of CGI in 1973.

The boundaries of CGI were pushed to the future world even further when it presented a 3D head using the same techniques as Edwin Catmull had specified.

Surprisingly the studio official used Edwin’s Catmull initial hand animation and incorporated it into the movies.

The Oscars recognized this outstanding effort a decade later with a scientific & Engineering Academy Award.

In 1976 the film Westworld was succeeded by another film, the future world.

The original team was reunited for this sequel to do many of the same things they did. This time, a few talented newcomers’ works were welcomed into the fold.

On May 25, 1977, Star Wars was released in some theaters in the United States and quickly became a blockbuster hit, leading to it being expanded to a much wider release.

Initially, the film suffered production difficulties; the crew and cast involved believed the film would be a failure.

This film caused a great sensation, and it was all because the high percentage of computer graphics made it unusual and unique.

The dazzling computer effects of Space, Large spaceships, lightsabers, and other things were astounding.

In the field of computer graphics, the first part of “Jurassic Park” became a real discovery.

Dinosaurs of different shapes and sizes, drawn with maximum photo-realism.

The Matrix is also one of the well-known movies to be shot with a green background—the creation of many unique features which would be impossible without 3D CGI—for example, the capture of scenes with slow motion time and bullets in the fight.

Titanic is the best example of what good CGI can do for a film.

In James Cameron’s movie “Titanic,” trying to convey the ship’s history, the artists and director used computer graphics to depict the sunken ship.

James Cameron took live-action footage of actors in shots of the boats ( hanging out on board or jumping into the water ) and digitally placed them on board the model.

It perplexed even the famed critic Roger Ebert because the result was so convincing.

According to the director James Cameron, the Avatar film is 60% computer-generated images and 40% live-action. Everything was drawn and virtually animated, such as the planet’s vibrant landscapes and the appearance of many characters.

Avatar still ranks as one of the best CGI uses and one of the most expensive movies in history.

How Does CGI Work?

Computer-generated imagery can be used to create animated movies, video games, and other types of graphics or animations.

Of course, the most popular use of CGI today is in computer-generated imagery (CGI) films.

In CGI films, all the visual images were created on a computer rather than shot with cameras like in traditional feature films.

The computer programmers construct code that instructs the computer on what every single object in a scene should look like and what it should do at every moment during the film, how the character performs an action, how they fight, how they move around, etc.

Most people are unaware that CGI is different from animation, made by an artist who uses different software to get the desired effect.

Computer-generated imagery is used to perform various tasks, but the most common aim is to create artificial or virtual environments that don’t exist in real life.

Both movies like Jurassic Park and Avatar use a lot of computer-generated imagery.

The process starts with the director’s instruction: who told what to do? and what will the final result or product look like? -whether it is a natural environment or something more fantastical such as Dragons or spaceships.

Then the Artist collaborates with the programmers and animators to bring ideas and concepts into reality on the screen, using computers and different tools such as Maya modeling software and photoshop for editing photos.

While using these techniques, filmmakers bring their ideas to real-life without relying on the actor.

Where is CGI Used?

This technology is more affordable, often has higher quality, and is controllable than other physical processes.

This technology allows an artist to create content without the use of actors, props, or expensive sets.

Video games also include pre-processed cutscenes that are made using computer-generated imagery.

In various ways, computer-generated imagery is used in real estate, from early planning to final sales.

Many real estate companies are turning to specialists in this field to create impressive images and design future buildings for buyers.

Architects use computer-generated visuals to assist clients in understanding and approving projects.

In architecture, computer-generated imagery (CGI) allows the buyer or investor to understand every detail of the property, all aspects of the project, from the overall layout to specific rooms.

CGI is also used by designers and developers for product presentation, from early planning to marketing.

You may make the product more appealing by adjusting the lighting and shadows and tweaking the composition.

This method will help you in presenting your concept to clients and investors in the most effective manner.

This type of visualization is most commonly found in vehicle and alcohol commercials.

They are indistinguishable from the real images. Such images can be created in 2D editors such as photoshop, and sometimes it is enough.

And some time in 3D CGI to make the pictures clear, vivid, and memorable.

Without the best CGI software creating high-quality models is impossible. For this purpose, the artists use the following CGI software.

ZBrush is one of the best 3D modeling programs available. You may use ZBrush to create professional figures of people, animals, and other objects.

Blenders may also be used to create 3D models. The most significant advantage of this computer-generated image software is that it is totally free.

This software can create unique and appealing images of anything you need, from building to landscapes.

You can achieve extraordinary photo-realism with one of its engines – Corona Render or V -Ray.

Maya is primarily used by 3D designers and artists who work on video games, special effects, and images for cinema.

This article was contributed to TechABU by a guest writer Irfan Ullah.

What are WordPress Tags?