What Is Metaverse?4 min read 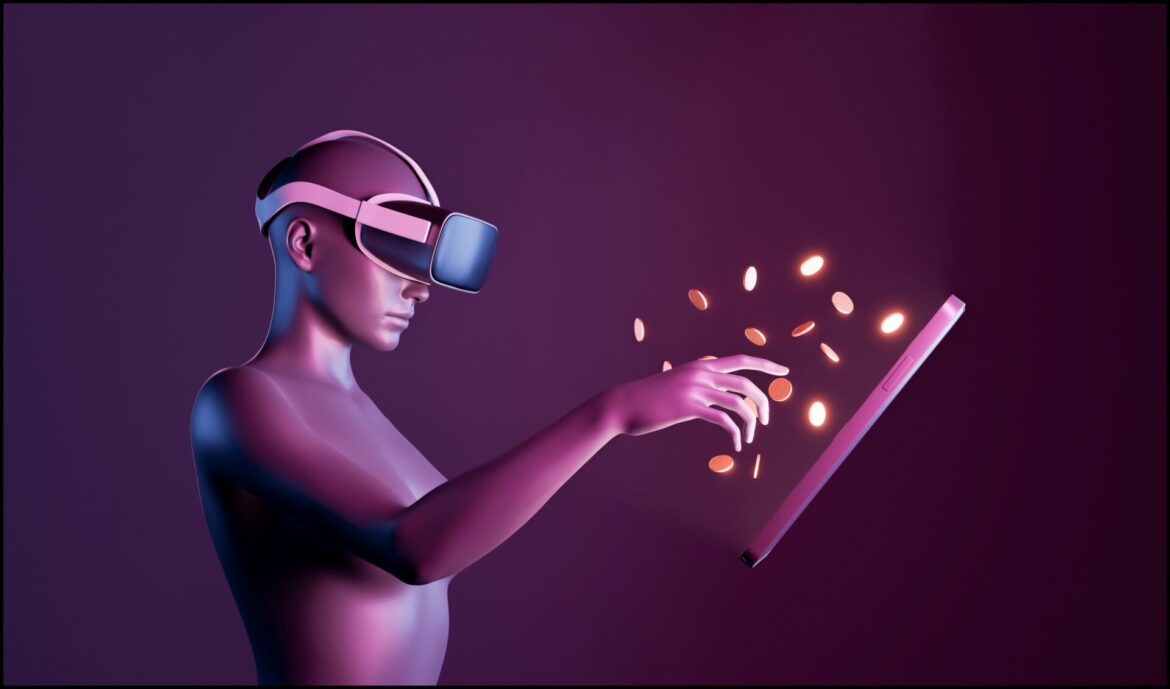 Thirty years ago, this term was first coined by Neal Stephenson in his science-fictional novel “snow Crash” The Metaverse in snow crash is a 3D virtual reality; in the novel Snow Crash, the hero moves in and out of a place called the Metaverse, which looks like a small scale urban area created via code where users can have real lifelike experiences. To learn more about the term Metaverse, you can watch the movie “Ready Player One” in this movie, you will get more about Metaverse.

Before discussing Metaverse, we will discuss the technology proving to help make Metaverse. For communication, initially, we used telegram to deliver our messages to others, then the phone was introduced for data traveling. Since humans are social animals, we require a system of communication. After that, we adopted the internet of things. For example, “Alexa” is one of the Internet Of Things.

The internet has started to come into things from the computer screen. If I install a smart switch setup, I will be able to control the room light through “Alexa” with the help of “Alexa,” my room fan would blow lights and turn on/off, recording devices like cameras would switch on/off “Alexa” Would be doing everything. These are the internet of things. Now, technology is advancing very fast. Now I don’t need to turn the light switch on/off manually. I will have to command “Alexa” to turn on / off the light, and “Alexa” will do it for me.

We are advancing toward Metaverse. A metaverse is a new place where artificially bots and humans interact with each other. In Metaverse, you can do everything like shopping, playing games, socializing, and conducting business. Right now, this concept is just that: an idea in the form of unrelated experiences and a bunch of hardware and software applications. Nothing is connecting these elements just yet.

Life In The Metaverse

This term, Metaverse fuelled the boom when Mark Zukerberg gave a hint about Metaverse in his July 2021 interview. Mark Zuckerberg, the CEO of Facebook, announced to change his company name to meta platforms, and the corporation has set the worldwide web abuzz.

In the Metaverse, you’re going to be able to bring things from the physical world into the Metaverse of almost any type of media that can be represented digitally: photos, video, art, music, movies, books, games. Many material things today, like screens, will be holograms in the future, and you will be able to take your items and project them into the physical world as holograms.

You are fully immersed, sometimes using augmented reality glasses to be present in the physical world and sometimes on a computer or phone. So from any existing platform, you can easily jump into the Metaverse, and there are new ways of interacting that are much more natural instead of typing or tapping. You will be able to gesture with your hands, say a few words, or even make things happen by thinking about them. Your devices won’t be the focal point of your attention anymore.

The Metaverse can be thought of as a virtual environment that would be achieved using virtual reality and augmented reality technologies such as 3d rendering. Users will tap into the experience using VR headsets, AR glasses, and other smart devices. Horizon is the social platform that we are making for people to create and interact in the Metaverse. Soon we are introducing a social version of a home where you can invite your relatives and friends to join you as avatars. In the Metaverse, you will be able to watch videos and hang out together.

Facebook has already launched a digital meeting software where people can conduct meetings using their 3d virtual avatars; however initial reviews of the technology have not been great. The idea is to allow people to live their lives in the Metaverse, where people can attend virtual concerts, create artworks, spend vacations and buy digital clothes.

In the Metaverse, You’re going to feel like you’re there with other people; you will see their facial expressions, they will see their body language, maybe figure out if they are holding a winning hand, all the subtle ways that we communicate that today technology can not quite deliver.

In the Metaverse, you will have a wardrobe of virtual clothes for different functions and occasions designed by other designers or creators. You should be able to bring your avatar and digital items across other apps and experiences from other apps. In the Metaverse, your home will be your personal space from which you can teleport anywhere you want.

Now speaking of teleporting, they are going to be all kinds of spaces where people make rooms like the ones that we just saw, but also games and whole worlds that you can teleport in and out of whenever you want to teleport around the Metaverse is going to be like clicking just a link on the internet. It’s an open standard, with Facebook’s Oculus VR headsets costing about 300 us dollars; the metaverse experience is most likely out of reach for many.

Moreover, tech companies still have to figure out how to connect their platforms with the Metaverse. Meanwhile, critics are concerned that the Metaverse is an effort to distract the world.

Following are the key terms that you will be getting used to soon. The metaverse virtual reality will come with its technical language that you should know in the future.

Virtual reality or VR refers to computer technologies that use software to generate realistic images, sounds, and other sensations that replicate a real environment. Virtual reality simulates users’ physical presence in this environment by enabling the users to interact with the space and any objects depicted therein using specialized display screens for projectors and other devices. VR has been defined as a realistic and immersive simulation of a three-dimensional environment created using interactive software and experienced or controlled movement of the body; a person using virtual reality equipment is typically able to look around the artificial world, move about in and out and interact with items that are depicted on a screen or goggles. Virtual realities artificially create sensory experiences, including sight, touch, hearing, etc.

A real-world environment is created in real-time by combining a real-world scene observed by a user with a virtual set generated by a computer that augments the scene with additional information. AR is the integration of digital information with the user’s surroundings. Unlike a video game that creates very artificial surroundings, augmented reality uses the prevailing surroundings.

Non-fungible tokens, or NFTs, are a type of token that is one-of-a-kind. These tokens are distinct from one another, unchangeable, and invisible. NFTs symbolize individual ownership of digital assets.

This article was contributed to TechABU.co by a guest writer Irfan Ullah.

Self Motivation: 5 Important Tips To Keep...

What is Cryptocurrency, and How Does It...

Top 10 Most Popular Search Engine In...