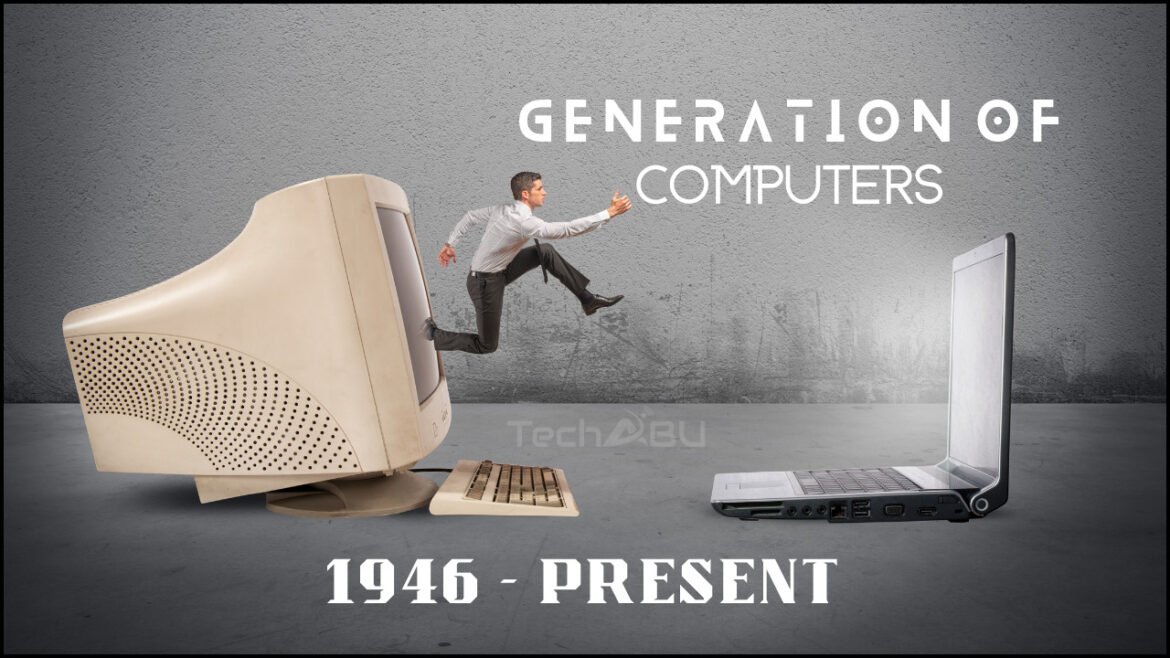 The Computer is one of the essential parts of our daily lives nowadays. It can perform so many tasks automatically, according to the input given to them. Computers were not like this before. There were constant developments and innovations in Computer technology that made Computers so useful, powerful, and cheap to buy.

In Computer terminology, Generation is a change and development in technology. So all such developments and changes are divided into different generations of Computers. Each generation of Computers has brought significant advances in power and speed to perform various tasks.

The journey of the development of Computer technology started around the 1940s. In 1946 the evolution of technology began with the first generation of Computers and continuously evolving until today.

Each generation of Computers is designed based on new technological development, resulting in better, cheaper, and smaller computers that are faster, more powerful, and more efficient than their predecessors.

These tubes, like electric tubes, produced a lot of heat and were prone to the frequent fusing of the installations.

Therefore, they were costly and could be afforded only by large organizations. In this generation, Computers used machine language, the lowest-level programming language, so that it could easily be understood and processed by Computers.

The most well-known example of the first generation Computer is the Electronic Numeric Integrated and Calculator (ENIAC). Other examples include Manchester Mark 1, Mark 2, Mark 3, UNIVAC, EDVAC, EDSAC, IBM-650, IBM-701, etc.

The second generation of Computers started from 1959 to 1964. In this generation, transistors were used. Second-generation computers were cheaper, consumed less power, were more compact, more reliable, and faster than the first generation machines made of vacuum tubes.

Assembly language and high-level programming languages like FORTRAN and COBOL were used in this generation.

The period of this generation was 1965 to 1971. In this generation, integrated circuits (ICs) were used in place of transistors, and the ICs were invented by Jack Kilby.

This development made Computers reliable, efficient, and smaller in size than the previous generation due to the smaller size of integrated circuits.

In this generation, advanced input-output devices, such as keyboards, monitors, mouse were introduced. Before these devices, Computers used punch cards.

Family series and IBM-360 are the best examples of third-generation Computers.

Integrated circuits are still used in today’s generation of Computers.

The fourth generation was developed using the microprocessor as the main component of the technology.

VLSI circuits having about 5000 transistors and other circuit elements and their associated circuits on a single chip made it possible to have microComputers of the fourth generation.

Fourth-generation Computers are more affordable, reliable, and powerful due to their compact size. During this generation, Computers became available for personal use. As a result, it gave rise to the PC(Personal Computer) revolution.

Microprocessors are still in use in today’s technology, but they are not considered a core technology in the fifth generation.

AI is an emerging branch in Computer science, which interprets means and methods of making Computers think like human beings. In this generation, all high-level languages are supported. Such languages include C, C++, Java, .NET, etc.