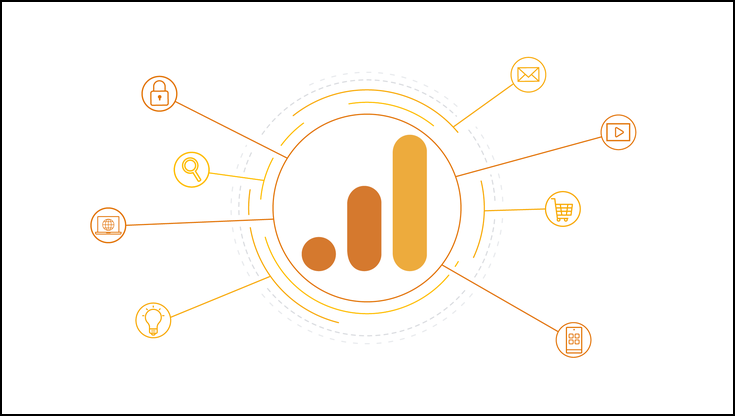 Keeping this in mind, we will address what Google Analytics 4 is and should you use GA4 in this article.

GA4 is the most recent version of Google’s widely used analytics platform. In the same account, it may track both a website and an app. It also includes various new reporting options that provide you with more specific information about how visitors interact with your site.

The way data is stored and handled (data architecture) behind the scenes in this edition of Analytics differs from previous versions, giving us all-new ways to track and evaluate traffic flow for years to come.

Because the new platform is the future of Analytics, Google wants everyone to utilize it as soon as possible. Any new features they develop will be released exclusively there instead of in Universal Analytics.

Aside from the appearance and functionality, there are a few important changes. Google is always adding more reports and features to GA4, but here are some of the big differences as of right now:

Luckily, there is a way to get around these significant differences, which we’ll discuss in a moment.

Should I Use Google Analytics 4?

In simple words, yes, a Google Analytics 4 property should be set up. Is it really necessary to use it? You are not forced to do so if you do not wish to. You’ll be ready for any upgrades or new features Google delivers as long as you have it set up and collecting data.

While GA4 may be frightening and difficult to use, it is apparent that it is the future of Analytics, and you should be prepared.

Google Will Take Out Universal Analytics

After the deprecation dates stated above, previously processed data in Universal Analytics will be kept for at least six months.

Why is Google Making The Change?

According to Russell Ketchum, director of product management at Google, “Universal Analytics was created for a generation of online measurement that was rooted in the desktop web, separate sessions, and more easily viewable data from cookies.” “This way of measuring is quickly becoming outdated.”

Google Analytics 4 (GA4) is different from its predecessor in that it works across platforms, doesn’t require cookies, and measures data using an event-based data model. It also does not keep IP addresses, which can help brands comply with privacy rules.

Now is the time to set up your GA4 properties if you haven’t already. Despite the fact that we have had GA4 for well over a year, configuring it now will allow it to begin tracking the metrics you care about, ensuring that historical data is available when you need it.

When it comes to using GA4, many search marketers have been hesitant. That will no longer be an option in a little over 15 months. Therefore the more comfortable you get with GA4’s interface and functionalities, the better prepared you will be to manage the transition for your businesses.

The 9 Most Essential Plugins For a New WordPress Website

Difference Between On-Page and Off-Page SEO

Top 10 Most Popular Search Engine In The...

How Difficult Is It For Beginners To Learn...

Top 10 Most Popular Search Engine In...