Quick Pops
Top 10 Countries With The Most Freelancers 2023
Top 10 YouTube Competitors and Alternatives 2023 (Updated)
Z Library: The World’s Largest eBook Library Is...
A STEP-BY-STEP Tutorial on How To Apply For...
FCFS Scheduling Algorithm (Preemptive) in OS With C++,...
The US Authorities Have Banned Z Library, But...
Top 10 Largest Smartphone Manufacturing Companies 2023 (Updated)
13 Best Z Library Alternatives in 2023
Crypto Mining Proposed as Negative Industry in China...
Statements, Statement Terminator, and Comments In C++
Home » Difference Between ‘HTTP’ and ‘HTTPS’
ICT 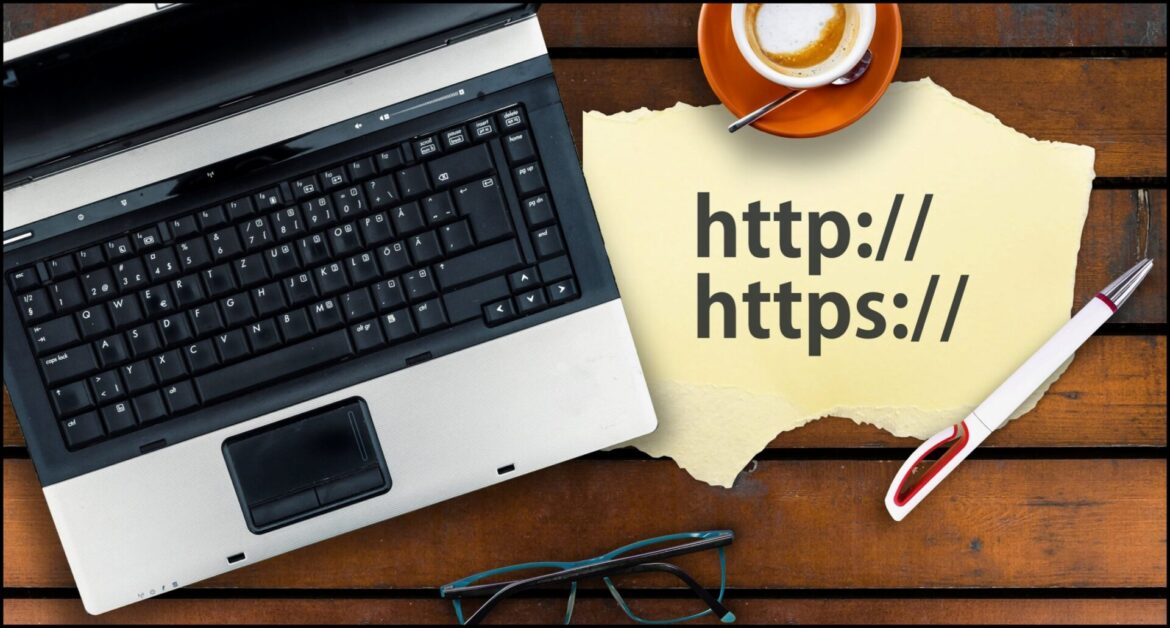 HTTP stands for Hypertext Transfer Protocol, and it is a protocol or a set of rules used to transfer data over the Internet. The HTTP protocol is used to send most data across the Internet, including website content and API calls.

HTTP communications are divided into two categories: requests and responses. As a person interacts with online properties, their browser generates HTTP requests. When a user clicks on a hyperlink, for example, the browser sends a series of “HTTP GET” requests for the content on that website. These HTTP requests are sent to an origin server or a proxy caching server, which will respond with an HTTP response. Responses to HTTP requests are known as HTTP responses.

HTTP requests and responses are delivered in unencrypted (plaintext) across the Internet. The issue is that these plaintexts may be read by anyone examining the connection. This is highly problematic when users input sensitive information through a website or online app. This might be anything from a password to a credit card number to any information entered into a form. Essentially, a bad attacker may read the content of a request or response and determine exactly what information is being requested, provided, or received, and even modify the communication.

An HTTP request is just a series of plaintext that follows the HTTP protocol. Below is an example of a GET request:

The user’s browser generates this piece of text, which is then transferred via the Internet. The issue is that it’s transferred in plaintext, which anyone monitoring the connection may read. (Those unfamiliar with the HTTP protocol may find this text difficult to read, but anyone with a basic understanding of the protocol’s instructions and syntax should be able to read it without difficulty.)

This is especially a big issue when users input sensitive information through a website or online application. This might be a password, a credit card number, or any other information submitted into a form. Under HTTP, all of this information is delivered in plaintext, making it accessible to anybody. (When a user fills out a form, the browser sends an HTTP POST request rather than an HTTP GET request.)

When an origin server gets an HTTP request, it responds with something like this:

I hope you’ve now understood what an HTTP protocol is? But, you might think it’s an unsecured connection, and Yes, it is, and that’s why we have a secure protocol, HTTPS.

Hypertext Transfer Protocol Secure (HTTPS) is a secure version of the HTTP protocol (also referred to as HTTP over TLS or HTTP over SSL). HTTPS encrypts HTTP requests and responses with TLS (or SSL), so an attacker would see a series of seemingly random characters instead of the plaintext.

How Does TLS/SSL Encrypt HTTP Requests and Responses in HTTPS?

TLS utilizes public-key encryption, which consists of two keys: a public key and a private key, with the public key being shared with client devices via the server’s SSL certificate. When a client establishes a connection with a server, the public and private keys are used to agree on new keys, known as session keys, to encrypt future communications.

These session keys are then used to encrypt all HTTP requests and responses, ensuring that anyone monitoring communications only sees a random string of characters rather than the plaintext.

What Role Does HTTPS Play in Web Server Authentication?

Authentication is the process of confirming that a person or device is who they claim they are. There is no identity verification in HTTP; instead, it is based on trust. HTTP’s designers didn’t make a conscious decision to trust all web servers unconditionally; they just had other priorities at the time. Authentication, on the other hand, is critical on today’s Internet.

A private key validates server identification in the same way an ID card proves a person’s identity. Ownership of the private key that matches the public key in a website’s SSL certificate indicates that the server is the authentic host of the website when a client establishes a connection with an origin server (e.g., when a user navigates to a website). This helps to avoid or limit a variety of possible attacks without authentication.

Difference Between HTTP and HTTPS

HTTPS has several advantages in terms of performance and, most importantly, security. All browsers strongly recommend users only trust websites that utilize HTTPS since it is the only way to protect themselves from a range of attacks and threats.