Quick Pops
Top 10 Countries With The Most Freelancers 2023
Top 10 YouTube Competitors and Alternatives 2023 (Updated)
Z Library: The World’s Largest eBook Library Is...
A STEP-BY-STEP Tutorial on How To Apply For...
FCFS Scheduling Algorithm (Preemptive) in OS With C++,...
The US Authorities Have Banned Z Library, But...
Top 10 Largest Smartphone Manufacturing Companies 2023 (Updated)
13 Best Z Library Alternatives in 2023
Crypto Mining Proposed as Negative Industry in China...
Statements, Statement Terminator, and Comments In C++
Home » What is Encryption, and How Does It Work?
Security

What is Encryption, and How Does It Work?3 min read 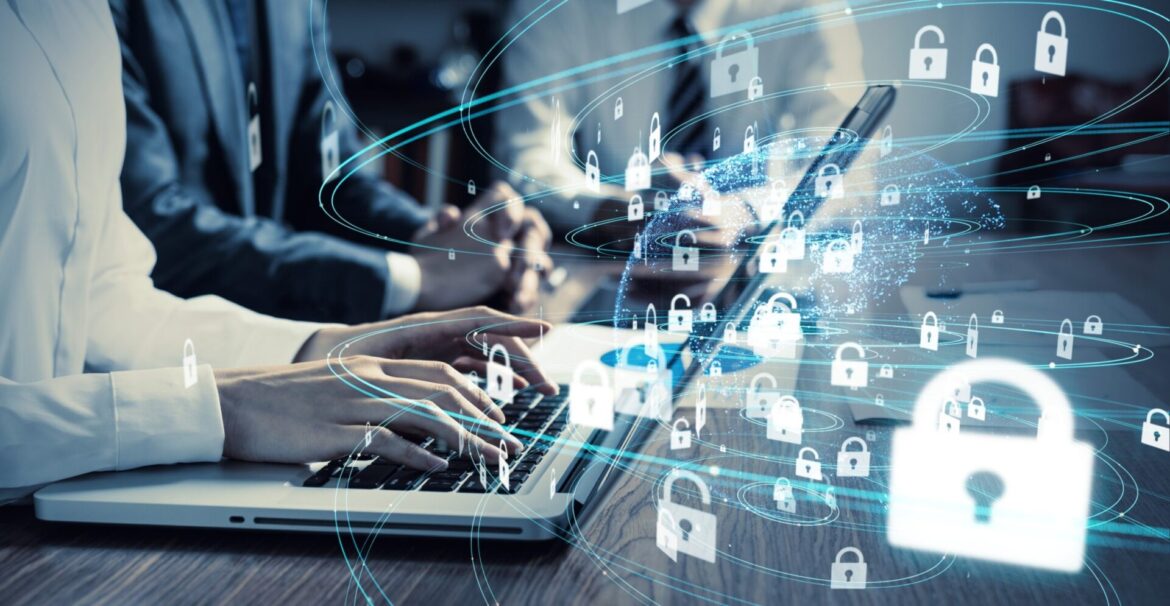 Data encryption is a computing process that converts plaintext/cleartext (unencrypted, human-readable data) into ciphertext (encrypted data) that can only be accessed by authorized users with the appropriate cryptographic key.

In simple words, encryption transforms readable data into a form that can only be decoded and viewed by persons who have the proper password – and it’s a critical part of digital transformation.

Encryption is a critical data privacy approach that keeps sensitive information out of the hands of unauthorized users, regardless of whether your company creates, gathers, or consumes data.

This article explains what encryption is and how it works at a high level.

How Does Encryption Work?

Encryption keys act similarly to physical keys in that only those with the correct key can ‘unlock’ or decode the data.

The difference between encryption and tokenization, which are related data protection techniques, has evolved.

Tokenization is a term used to describe data protection that preserves the data format by replacing a token — a similar-looking but distinct value – for specific sensitive values.

Encryption is a type of data security that transforms data — one or more values or whole data sets – into gibberish that looks nothing like the original.

Tokenization can be done using a variety of technologies.

Some utilize format-preserving encryption, such as NIST FF1-mode AES; others create random values and store the original data and matching token in a secure token vault; others generate tokens from a pre-generated collection of random data.

Tokenization of any kind is obviously a kind of encryption, according to the definition of encryption above; the difference is tokenization’s format-preserving attribute.

What is a Key in Cryptography?

A cryptographic key is a set of characters that is used in an encryption method to make data look random.

It locks (encrypts) data in the same way a physical key does so that only the appropriate key can unlock (decrypt) it.

Symmetric and asymmetric encryption are the two major types of encryption.

Public key encryption is another name for asymmetric encryption.

There is just one key with symmetric encryption, and all communication parties utilize the same (secret) key for encryption and decryption.

The decryption key is kept secret (thus the name “private key”), while the encryption key is shared publicly and can be used by anybody (hence the “public key” name).

What is an Encryption Algorithm?

The mechanism for converting data into ciphertext is known as an encryption algorithm.

The encryption key will be used by an algorithm to modify the data in a predictable way, such that even though the encrypted data appears random, it can be decrypted using the decryption key.

What is Encryption’s Purpose?

Encryption is essential for securing sensitive data sent over the Internet or kept in computer systems at rest.

It can not only keep the data private, but it can also authenticate its origin, ensure that the data has not changed since it was delivered, and prevent senders from denying sending an encrypted communication (also known as nonrepudiation).

Encryption is frequently required to comply with compliance laws imposed by several organizations or standards and the comprehensive data privacy protection it provides.

This standard requires that merchants encrypt consumer card data both at rest and while it is sent over public networks.

The General Data Protection Regulation (GDPR) and the California Consumer Privacy Act of 2018 are two more essential regulations that many companies must comply with (CCPA).

What are some common encryption algorithms?

The following are examples of symmetric encryption methods that are often used:

Asymmetric encryption techniques that are often used include:

What is a Brute Force Attack in Encryption?

A brute force attack occurs when an attacker who does not know the decryption key tries millions or billions of guesses to figure out the key.

When combined with high-quality passwords, most modern encryption systems are tough to brute force attacks. Yet, as computers become more powerful, they may become vulnerable to such attacks in the future.

Brute force attacks can still be used against weak passwords.

How Is Encryption Used To Keep Browsing On The Internet Safe?

Encryption is essential for many technologies, but it’s especially critical for making HTTP requests and responses safe and authenticating website origin servers.

HTTPS (Hypertext Transfer Protocol Secure) is the protocol that is responsible for this.

A website delivered using HTTPS rather than HTTP has a URL that starts with https:// rather than http://, which is commonly indicated by a secure lock in the address bar.

A TLS certificate will be installed on the origin server of a website that uses HTTPS.

What is Cloud Security?