Saturday, January 22 2022
Recent Updates
7 Best Browsers For The Year 2022
History of Computers
What is Cyber Security? The Importance of Cyber...
What Is Blockchain Technology? | Blockchain Explained
eCommerce Upselling: 6 Best Practices to Leverage Your...
AnimeUltima | A Complete Guide | 2022
The Role of Social Media in Your Digital...
What Is Web Hosting?
What is Computer?
Best YouTube Channels To Learn Freelancing (2021)
Home » C++ » The C++ Programming Language: An Overview | Class: 001 | C++ Complete Course
C++

Introduction To C Plus Plus 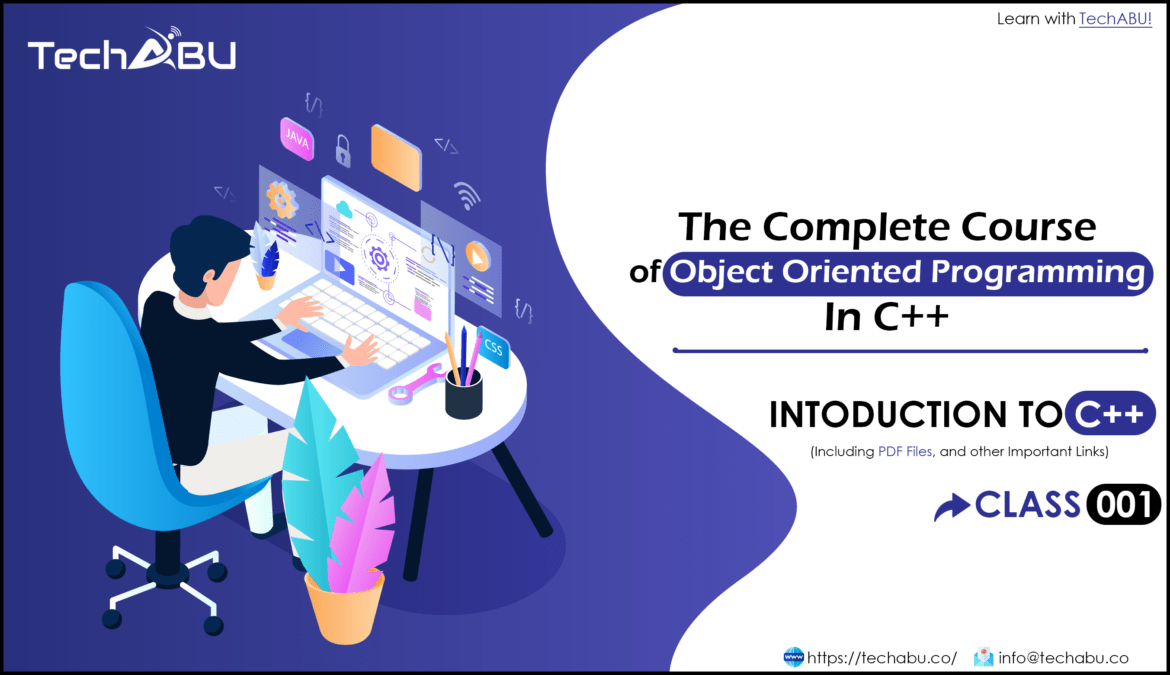 C++ is a general-purpose programming language that evolved from the C language to incorporate an object-oriented paradigm. It’s a compiled and imperative language.

Because C++ is a middle-level language, it can be used to develop both low-level (drivers, kernels) and higher-level programs (games, GUI, desktop apps, etc.). Both C and C++ have the same general syntax and code structure.

Features and Key Points Of C++

The following are some of the characteristics and essential aspects to know about the programming language: