What are Directives & Main Function In C++ 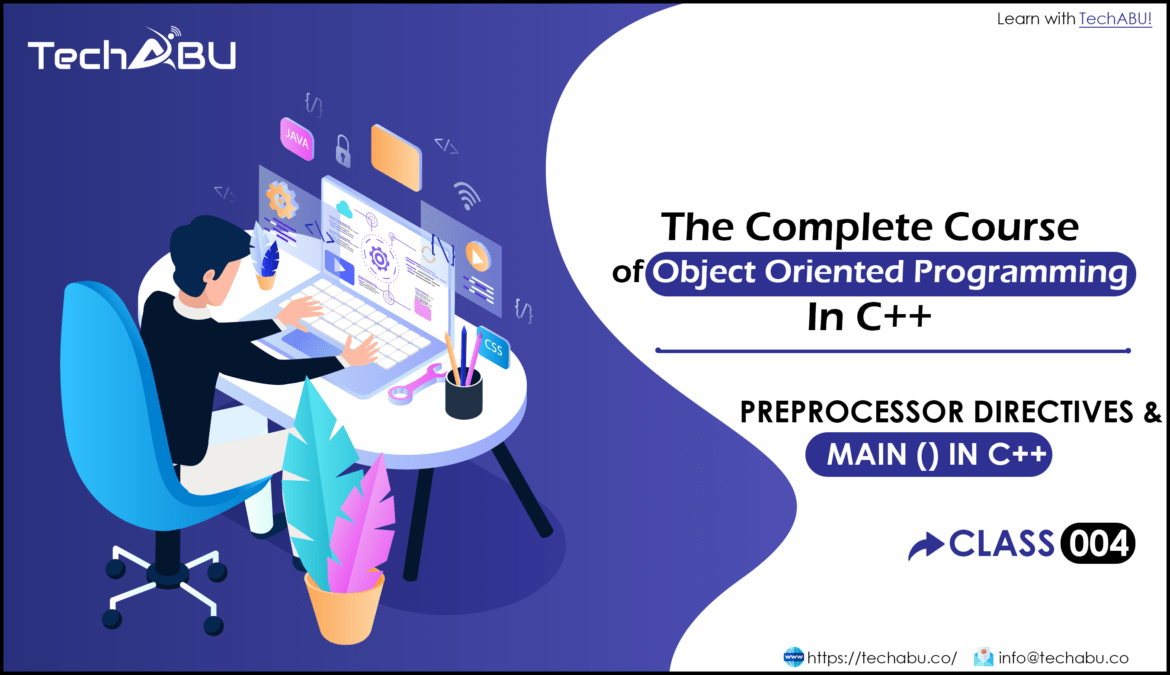 A preprocessor is a set of unique statements that are processed before the compilation process begins.

Preprocessor directives are present in almost every C++ program. To insert header files with the extension ‘.h,’ the #include preprocessor directives are mostly used. These header files are already in the include directory on the computer. In the last class of our C++ course we used #include <iostream.h> and #include <conio.h>. #include<iostream.h> is used for the C++ object cout and #include<conio.h> for the built-in function getch ().

#define, used to declare symbolic constants in C++, is another widely used preprocessor directive. The following is its general syntax:

This defines a new constant: PI. Once defined, they can be used in the rest of the program as if they were any other regular constant.

A Simple C++ Program that will show the concept of Preprocessor directives in C++.

OUT OF THE PROGRAM:

Because the #define directive is a preprocessor directive rather than a C++ statement, it considers the entire line as the directive and does not require a semicolon (;) at the end.

The main function is the point at which all C++ programs begin to execute. Regardless of whether other functions with different names are created before or after it, the instructions included inside this function’s definition will always be performed first in any C++ program. It is also necessary for all C++ programs to have a main function for the same reason. If you don’t have a function named main() in your program, you’ll get an error when you execute it.

The term main is followed by a pair of parentheses () in the code.

Body of The Main () Function

The const keyword is used to define a constant identifier whose values remain constant throughout the program execution. Const identifiers must be given a value when they are declared, and that value cannot be changed later.

Here’s a piece of code that shows how to use const identifier keywords to define constants.

Declaring a variable as const prevents the programmer from unintentionally changing its value. Consider the following lines of code to change the value of the variable DollarRate.

Because the code at line 2 tries to modify the value of the variable DollarRate from 179.73 to 124, which is defined as constant, the compiler will generate an error message. It’s a substitute for the #define preprocessor directive, which is used to define a constant in a C++ program.

Self Motivation: 5 Important Tips To Keep Yourself Motivated