Quick Pops
Top 10 Countries With The Most Freelancers 2023
Top 10 YouTube Competitors and Alternatives 2023 (Updated)
FCFS Scheduling Algorithm (Preemptive) in OS With C++,...
Z Library: The World’s Largest eBook Library Is...
A STEP-BY-STEP Tutorial on How To Apply For...
Top 10 Largest Smartphone Manufacturing Companies 2023 (Updated)
Functions in C++ (With Examples)
The US Authorities Have Banned Z Library, But...
Crypto Mining Proposed as Negative Industry in China...
13 Best Z Library Alternatives in 2023
Home » Statements, Statement Terminator, and Comments In C++
C++

Fundamentals Of C Plus Plus Programming 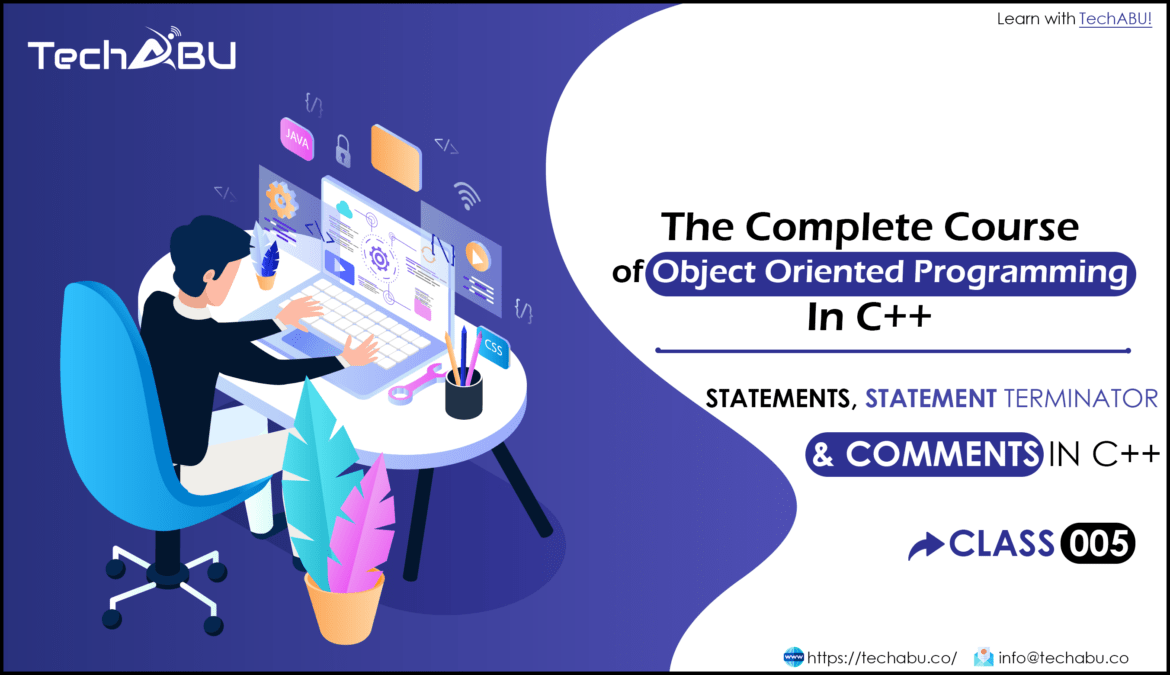 A C++ statement is a single or multiple expression that has the ability to produce results. It’s a command to the computer to perform a task. cout <<“C++ Statements!”; is an example of a C++ statement. The following are some statements that can be used as examples.

The only action performed by this statement is to display the results "I'm a C Plus Plus Statement!" on the screen.

Comments and Their Syntax In C++

Comments are pieces of source code that the compiler ignores. They have no effect other than to make the code more readable and understandable. Their sole function is to allow programmers to add comments or descriptions to the source code. There are two sorts of comments in C++.

The double slash // symbol represents it. It discards everything from where the pair of slashes signs // is found to the end of the same line.

The symbol /*....... */ is used to indicate double-line comments. The compiler ignores everything between these two symbols and considers it to be a blank space. When programmers require several line comments, this form of comment is used.

C++ Program example that will demonstrate the concept of statements, statement terminator (;), and comments in CPP.

What is Digital Marketing?