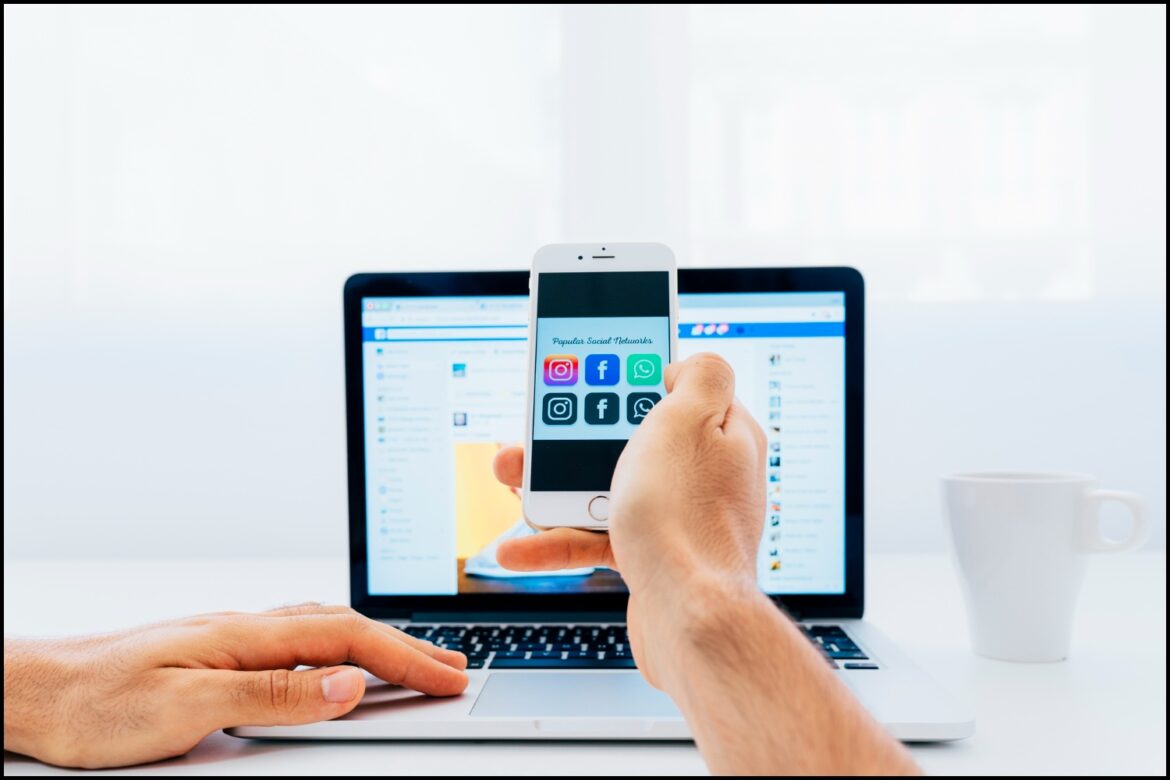 Social media is crucial for both marketers and consumers, whether you like it or not.

People quickly realized how vital it was to establish a durable social network online when lockdowns forced people indoors in 2020 and 2021.

And what about brands? They wouldn’t exist without social media and a complete digital strategy, to be sure.

Unsurprisingly, during the COVID-19 epidemic, 72 percent of people said they increased their social media usage.

They aren’t just browsing aimlessly either.

Forty-three percent said they’re creating and sharing more material on their own, presumably to remain in touch with friends and family.

You already know how essential social media is. That isn’t the issue.

The issue is deciding which social networking applications to utilize so you know where to spend most of your time and effort.

Let’s take a look at the top 20 social networking applications for 2023 to see where you should put your efforts.

Facebook is a must for almost any company, with over 2.7 billion monthly active users. Keep in mind that younger generations are quitting Facebook in favor of alternative social media platforms like TikTok and Instagram.

Twitter isn’t the most profitable social network. Tweets have a concise shelf life. It isn’t easy to stay up unless you’re in the media or the news industry. Twitter, on the other hand, excels in one area: customer service. It’s often the first contact point for people who need help right away.

Instagram will be a crucial platform in 2023. Instagram has 1.2 billion monthly active users, making it one of the most popular social media apps. A new feature called Instagram Reels indicates that the platform still has a lot of room to grow and improve.

During the epidemic, LinkedIn usage soared. Millions of people were looking for employment. LinkedIn income, according to Microsoft, increased by 21%. Even additional consumer-focused features, such as Stories, have been added to the business-friendly platform.

YouTube is becoming more of a search engine than a social platform, and it is the world’s second-largest search engine. Because of its SEO-friendly tags, descriptions, queues, and titles, YouTube is a perfect medium for companies with a solid plan.

TikTok has a global user base of approximately 700 million monthly active users, with many expansion opportunities. For businesses and consumers alike, the opportunity for rapid organic reach is too excellent to pass up. Furthermore, the videos are just entertaining. That is unarguable!

Because of its groups, Stories, and page-style feeds, WhatsApp is enticing to advertisers. However, there is one exception. WhatsApp’s security lags behind other popular social networking applications, and with Zuckerberg at the helm, that is unlikely to change.

Most people think of WeChat as a messaging app rather than a significant social networking site, but that perception has changed. WeChat has grown into a Facebook-like all-in-one social network. Expect WeChat to expand as more Facebook users become unhappy with the service.

After the then-trending social networking app implemented certain content limitations, Tumblr’s active users have dropped over the last two years. It’s worth mentioning that today’s Tumblr caters to a younger readership as well as niche fandoms.

Reddit isn’t to be taken lightly! Reddit is one of the most acceptable social media applications for studying and tracking your audience because of its anonymous posting and hyper-specific groups. If you don’t have a separately branded subreddit, don’t try to post promotional stuff here. You’ll be barred from other places.

MeWe is frequently associated with anti-vaxxers and conspiracy theorists, but it has also gained traction among individuals fed up with Facebook. Plus, MeWe recently transformed a privacy-focused business platform, so it’s worth a look.

Even though many younger audiences have gone to TikTok, Snapchat remains an underlying power factor in the world of top social media apps. However, Snapchat’s tremendous loss is strength these days since B2B companies are flocking to the site. Snapchat’s monthly active users have increased by 18% this year.

With extensive product pins, shopping tools, and engaging advertisements, Pinterest has worked hard to create a pleasant environment for companies. Plus, if you can generate compelling material, you can quickly gain organic reach and traffic through Pinterest.

Telegram stands out as a more secure WhatsApp alternative. For brand sites, the messaging social media app is constantly increasing its features, including feeds and group options. You can also transfer big files and use capabilities that aren’t available in other apps.

Medium: a place where you can go off. Although that isn’t the actual motto, you get the idea. Medium attracts companies and people who want to share their thought leadership ideas, inner thoughts, and anything else they think the world should know. It’s also simple to optimize Medium content and drive traffic to your website.

Most people identify Twitch with gaming broadcasts, but it’s a content producers’ comprehensive live streaming platform. If your material isn’t appropriate for Twitch, you should at least conduct some research there to learn more about your audience’s preferences.

Discord is a consumer version of Slack for those unaware. It’s a one-stop-shop for communicating with groups, friends, topics, and more. Create your Discord server and offer secret information to your VIP audience, similar to how brands utilize Reddit.

Quora, like Reddit, isn’t a good place to post promotional stuff. Instead, you’ll have to be sneaky about it. Concentrate on adding value to talks while also beefing up your biographies.

While its monthly active users aren’t as high as Facebook’s, Russia-based VK has a loyal following, particularly those banned from Facebook, either temporarily or permanently. As more individuals become frustrated with Facebook’s limitations, VK is expected to rise in popularity among specific demographics.

As the demand for video content grows, sites like Vimeo will likely increase. Vimeo doesn’t have the same editing capabilities as YouTube, but it has more premium streaming choices, perfecting on-demand lessons and other comparable goods.

It’s always a risk to pick the best social media apps. What your audience is interested in now may leave you in the dust tomorrow.

The idea is to create a flexible approach that allows you to pivot based on your audience’s location and content that works best with the platform.

Relevance is crucial when it comes to content. You can distinguish yourself from several other companies by reading the room without trying too hard to be edgy or hip. It’s not a lovely appearance.

How To Become a Successful Entrepreneur | 10 Important Recommendations