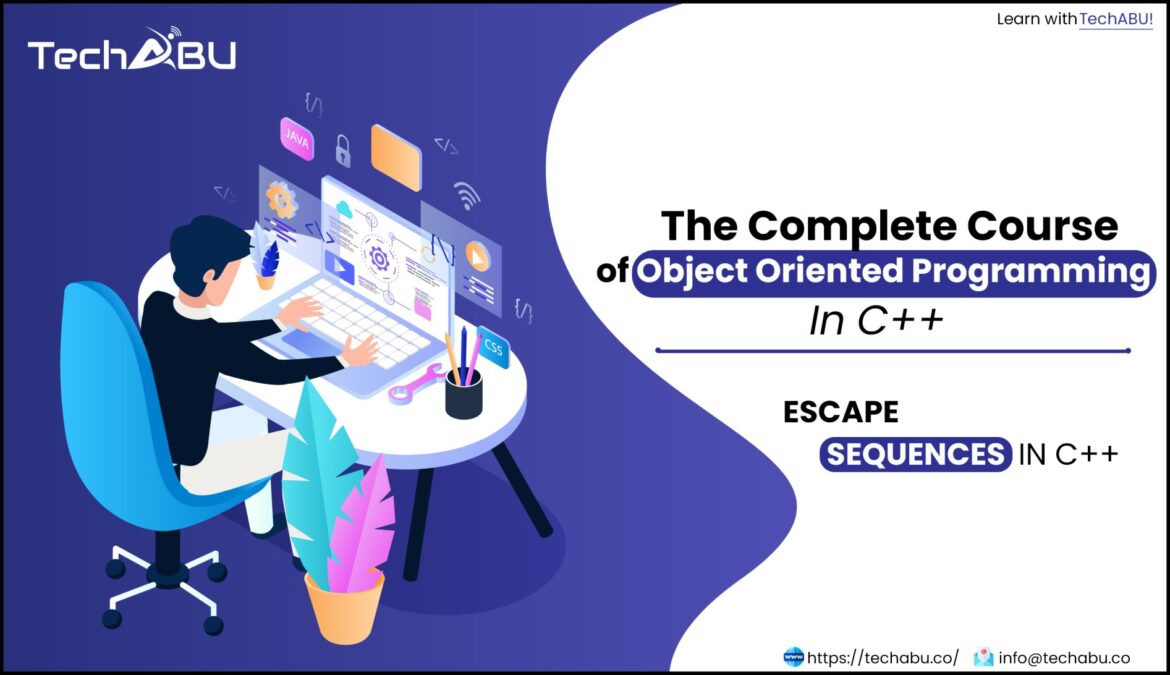 Some characters in C++ have unique meanings. These characters are escape sequences that perform some special function, and they begin with a “\” (Backslash is called escape character) followed by a letter or number. The output doesn’t display these characters.

The \n escape sequence character is used in C++ to insert a new line in the output.

The \t escape sequence character is used in C++ to insert a TAB in output.

The \a is an escape sequence used in C++ to generate a signal to alert (alarm).

In the above line of code, the compiler will first print “Welcome To The” and then alert a signal, and then it will print “Future.”