Quick Pops
Top 10 Countries With The Most Freelancers 2023
Top 10 YouTube Competitors and Alternatives 2023 (Updated)
FCFS Scheduling Algorithm (Preemptive) in OS With C++,...
Z Library: The World’s Largest eBook Library Is...
A STEP-BY-STEP Tutorial on How To Apply For...
Top 10 Largest Smartphone Manufacturing Companies 2023 (Updated)
Functions in C++ (With Examples)
The US Authorities Have Banned Z Library, But...
Crypto Mining Proposed as Negative Industry in China...
13 Best Z Library Alternatives in 2023
Home » Master Theorem in DSA (With Examples)
DSA 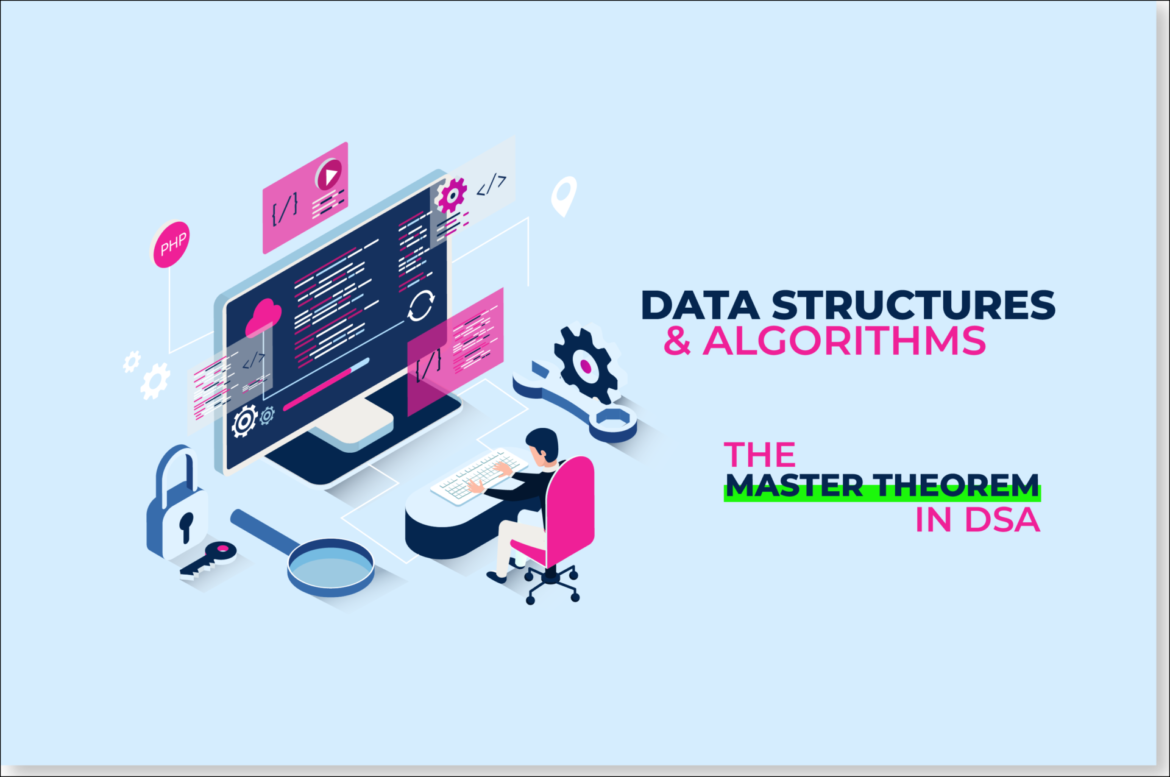 The Master Theorem has become a widely used tool in the field of DSA. It is an efficient method for solving recurrence relations and is regularly employed by computer scientists to aid in analyzing algorithms.

In this article, we will take a closer look at the Master Theorem, exploring its various applications and how it works in practice.

The Master Theorem is a mathematical theorem that provides a way to solve recurrence relations of the form T(n) = aT(n/b) + f(n), where a and b are constants greater than 1 and f(n) is a function that grows slower than n log b⁡a. This theorem can be used to find the asymptotic complexity of a given algorithm.

The Master Theorem has three cases, each of which determines the asymptotic complexity of the recurrence relation:

The Master Theorem is a method of solving recurrence relations, which are mathematical equations that describe the behavior of a function based on its previous values. It is most commonly used to analyze the time complexity of divide-and-conquer algorithms.

For example, let us consider the following recurrence relation:

Limitations Of The Master Theorem

The following are some of the limitations of the Master Theorem:

2. The Master Theorem is only applicable to divide-and-conquer algorithms.

3. The function f(n) must have a polynomial growth rate.

4. The Master Theorem is only applicable to recurrences with a non-negative integer value for the parameter a.

5. The Master Theorem cannot be used to determine the exact solution to a recurrence, only the asymptotic behavior.

Entrepreneur: Types, Characteristics, and How To Become an Entrepreneur

Divide and Conquer Algorithm (With Examples)

What is an Algorithm?

What is Data Structure: Types, Basic Terminologies, and...