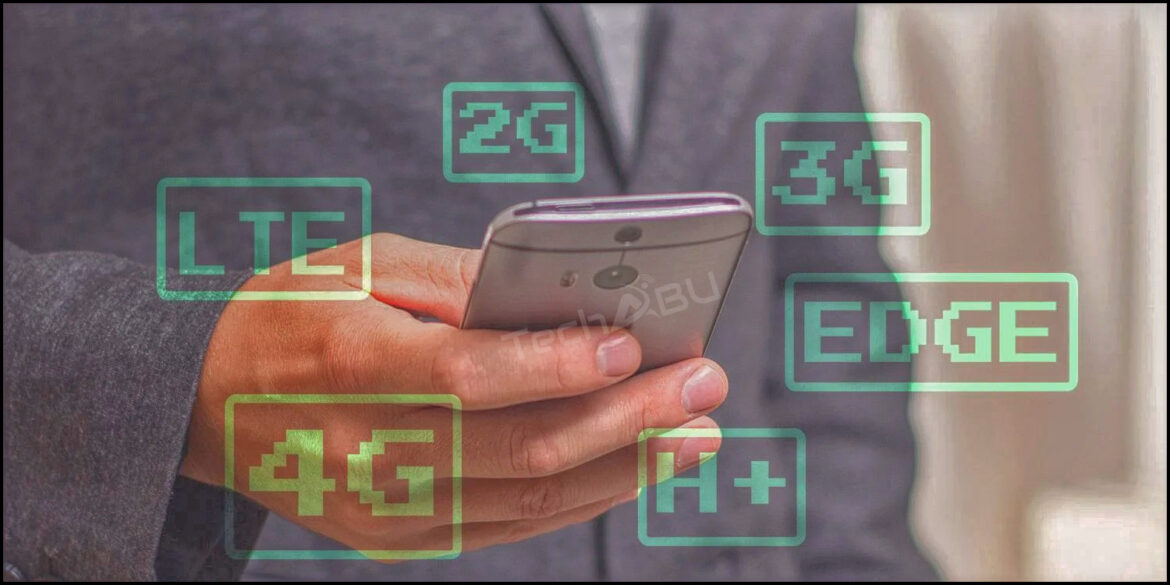 Whether you’re an Android or iPhone user, you will see the same thing in the upper right corner of the screen: a few types of bars representing your cell phone signal strength and a mysterious letter. Sometimes it shows E, and sometimes  H, H+, 3G, 4G & 5G.

Each letter represents the type of mobile network you are currently connected to, and various networks will provide significantly different speeds. These letters no longer remain a mystery because I’ll tell you all you need to know about each network in this article.

G stands for General Packet Radio Service, and it indicates the slowest speed of internet data transfer on your mobile phone. Data speeds are around 115kb/s, enough to load a simple web page if you have some patience and a consistent connection.

E “EDGE” stands for Enhanced Data Rates for GSM Evolution. EDGE is an updated version of G (GPRS). It is faster than GPRS but still not good enough to browse the internet. It takes a lot of time to load websites when your signal bar shows an” E” letter alongside. It offered a vast improvement in the internet speed, almost three times better than the previous network. That earned it the name 2.75G since it is close to the Third Generation. EDGE’s maximum speed is at 236 Kb/sec, and we will see it with the letter” E” on our portable devices.

The 3G network was the first to support video calling, with download speeds up to 2Mbps (although, initially, speeds of 384 kb/sec were supported). The 3G network uses WCDMA radio signaling. The 3G network first appeared in 1998, although 3G mobile internet became commercially available in 2001. At a maximum speed of 384 kb/sec, browsing was not only tolerable, but we could stream music and video from our phones.

“HSPA” stands for High-Speed Packet Access. It is an enhanced form of 3G technology. HSPA is a part of two mobile protocols, HSDPA (High-speed Downlink Packet Access) and HSUPA(High-Speed Uplink Packet Access). It provides a higher data transfer speed than the basic 3G. HSPA is a slightly slower version of H+ “HSPA+, offering data speeds of around 7.2 Mb/sec. This is about the minimum speed for reliably streaming video content at HD resolution and still provides pretty good web surfing and music streaming.

H+ is an enhancement of H (HSPA). H+ is faster than the basic (HSPA). It is also an upgraded version of 3G, and it became available worldwide in 2010. At present, 4G technology is not very widely available in most parts of the world. So in most parts of the world, HSPA+ is the fastest speed you can get through mobile internet. H+ was created before the emergence of 4G. There is a big difference between H+ and 4G network signals in speed. You can browse six times better than H+ when you are in a 4G network country.

4G is the fourth generation of mobile technology preceding 5G. It is also called LTE (Long Term Evolution). 4G connection works as good as a wi-fi connection in your home or office. If you see a 4G signal bar on your mobile phone, you are lucky! It means you are using a fast mobile internet connection. 4G mobile network standards evolve, and 4G users get speeds up to 100 Mbps. 4G is a better and faster technology than 3G. You need 4G network connections for video conferences on skype, zoom, etc., or to browse Youtube or use Google Map for better results.

Fifth Generation, 5G technology, is the recent Mobile network technology. 5G offers a highly-speed internet facility, anywhere at any time for everyone among all the previously existing networks. 5G is totally different from the previous networks due to its magic features such as connecting people, controlling devices, objects, and machines. 5G provides services that are categorized into the following three categories.

When Is 6G Going To Be Available?

The successor to 5G is likely to be 6G. It will have speeds of up to 96 Gbps, which is about 10 times faster than 5G.

Despite initial testing in China, South Korea, and Japan, the technology is not likely to be commercially accessible until the 2030s.

What Effect Do Smartphones Have On the Signal Strength I Receive?

The signal strength you have access to can be greatly influenced by your device, and this is due to various factors. Consider the following if you’re having trouble getting a continuous signal, even in places with strong mobile network coverage:

This article was contributed to TechABU.co by a guest writer Irfan Ullah.

What Is Web Hosting?

What Is a Secure Sockets Layer (SSL)? How...

Importance Of Internet For Easy Life